These Are The Worst VA Medical Centers In The United States 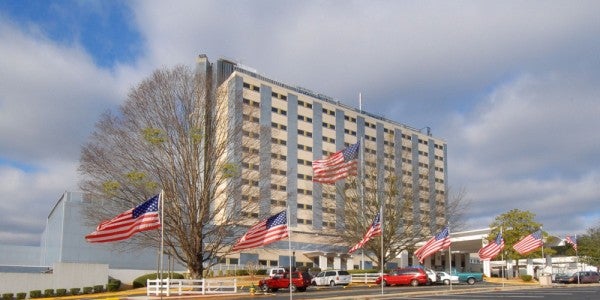 By the VA’s own assessment, its lowest performing medical centers were:

The data comes from an end of the year review of 146 medical facilities, which ranked the best and worst with a rating of one to five stars (one being the lowest). As part of the review, VA medical centers and facilities were judged on things such as mortality rates, patient and employee satisfaction, quality of care, efficiency, and capacity.

On the whole, 66% of facilities showed improvement compared to the previous year, according to the review which went online Wednesday.

This might explain why some facilities, like those in Big Spring and El Paso, Texas, which both received one-star ratings last year, were judged to have improved significantly this time around, yet still ranked lowest compared to other VA facilities.

The Atlanta, Montgomery, Phoenix, Tucson, and Washington medical centers all showed trivial improvement, while those in Loma Linda and Memphis showed small improvement.

If your VA medical center has a one-star rating, however, the department says that doesn't necessarily mean the care is terrible, just that “one-star facilities will benefit from adopting successful practices from five-star facilities,” according to a fact sheet on the review process the VA provided to Task & Purpose.

As to what the difference is between the worst performers and the best, well, that’s not altogether clear based on the top-level data that came out yesterday. Neither is the difference between a one-star medical center like Loma Linda, compared to other facilities in the same state, like Long Beach which has two stars and Los Angeles, which has three.

You can see how the rest of VA medical centers scored here.

CORRECTION: 10.6.2018; 7:44 p.m.; An earlier version of this article incorrectly listed Seattle, Washington as having received a one-star rating, when it should have said Washington, D.C.