These Are The Best (And Worst) Cities For Veterans In 2017

Whether you’ve served one or two enlistments or are retiring after a lengthy career, the transition back to civilian life... 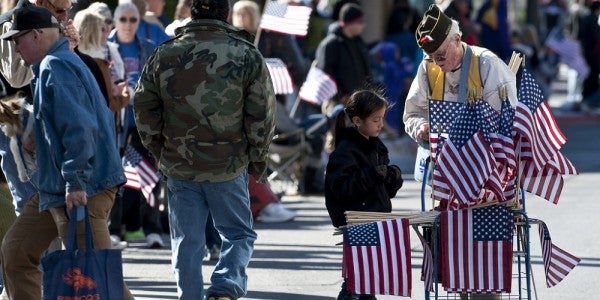 Whether you’ve served one or two enlistments or are retiring after a lengthy career, the transition back to civilian life isn’t always easy; and where you live and the current job market in that area can have a big impact.

At least those are the findings of a new study by WalletHub, which compared 100 of the largest U.S. cities based on 17 factors of livability, affordability, and veteran-friendliness.

The cities were ranked by employment opportunities, the local economy, and “veteran friendliness,” which took into account the number of vet-run businesses and the expected growth of a city’s veteran population. Finally, the study calculated the number of Veteran Affairs facilities compared to the number of vets, and the quality of care at VA clinics and hospitals.

Related: These States Have The Highest (And Lowest) Enlistment Rates In America »

Based on those same factors, the worst cities for veterans were Detroit, Michigan; Newark, New Jersey; Baltimore, Maryland; Hialeah, Florida; and Memphis, Tennessee. In terms of job’s alone, Newark placed second to last, and Austin placed first — so if you’re on the fence between those two, maybe head down South toward the lone-star state.