Spokane, Washington, will lead the $10 billion effort to revamp the U.S. Department of Veterans Affairs’ medical records system, but... 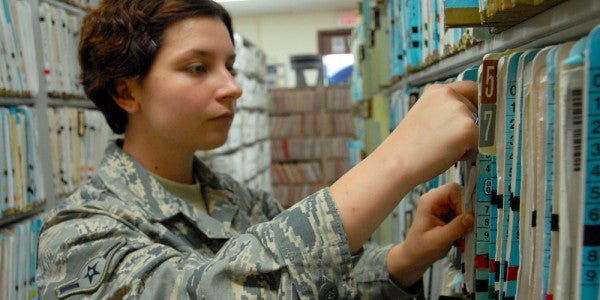 Spokane, Washington, will lead the $10 billion effort to revamp the U.S. Department of Veterans Affairs’ medical records system, but questions remain about what veterans can expect and the computer program selected to make those changes.

VA Secretary Robert Wilkie, who made the announcement Oct. 17 at Fairchild Air Force Base, said Spokane was selected because it has a perfect mix of both rural and urban veterans, the area has a good technology base and it’s home to Mann-Grandstaff VA Medical Center.

“So what we are doing here in Washington, we are testing out the medical health records, which is the largest program the VA has ever undertaken,” Wilkie said at the Fairchild event organized by U.S. Rep. Cathy McMorris Rodgers. “That will be the template for the entire country.”

But the system designed by Kansas City, Missouri-based Cerner Corp. has gone anything but smoothly under a similar contract for the U.S. Department of Defense. The same computer system, called Medical Healthcare System GENESIS, is being installed under a separate contract at four military bases in Washington state, including Fairchild.

According to an April 30 DOD report, military personnel trying to install the health care system had a litany of problems that caused them to shut the testing down.

“MHS Genesis is not operationally effective because it does not demonstrate enough workable functionality to manage and document patient care,” the report states. Users were only able to perform “56 percent of the 197 tasks used as measures of performance.”

When defense officials asked users how effective the new computer system was for its “System Usability Scale,” it scored 37 out of a 100. The report noted that a score of 70 would indicate “acceptable usability.”

The problems caused “an increase in the time required for healthcare providers to complete daily tasks,” the report states. “Some providers reported that they needed to work overtime and were seeing fewer patients per day due to delays caused by defects in MHS GENESIS.”

Sen. Patty Murray grilled Wilkie about those reported problems at a hearing on Sept. 27.

“I heard about misdirected referrals, long waits, staffs that couldn’t open the programs in a timely manner,” Murray said. “That was really not done well and lives were really put at risk. So I just want to make sure that the problems at DOD are not repeated as you move forward.”

Despite those concerns raised in the April report, Wilkie signed a $10 billion no-bid contract in May to award the massive overhaul of the VA computer system to Cerner.

Bret Bowers, spokesman for Mann-Grandstaff, said the local VA staff is excited to finally upgrade a 20-year-old Computerized Patient Records System and the 40-year-old DOS-based VistA system that is used to run all day-to-day functions of the VA hospital in Spokane.

The plan is to have GENESIS running in Spokane by 2020 and by 2028 at all of the medical centers and clinics where veterans receive medical care across the country.

“It’s not going to be easy,” Bowers said. “But it will revolutionize the way the VA provides care. We know that is going to provide positive results for staff but more importantly for the veterans who receive our care.”

Don’t tread on me

Three local veterans contacted by The Spokesman-Review said they were less enthusiastic than Bowers about the proposed changes.

During his Spokane visit, Wilkie noted that since the Department of Defense and VA would be installing the same medical records system it would eliminate the need for veterans to carry boxes of military records with them when they reach out for medical care.

Charles Bourg, a 64-year-old U.S. Army veteran from Chewelah, criticized the no-bid award to Cerner. He said the VA should have used a request-for-proposal process to allow several companies to submit the best system for the job.

“They are trying to make it so the VA can talk to the military,” Bourg said. “But for most veterans, that’s not the issue. They need to be able to talk to outside doctors. It hasn’t happened yet.”

For example, Bourg said, the VA once sent him to the VA facility in Seattle for a medical procedure.

“After I saw that specialist, I tried to get my records on two occasions so I could take them to an outside provider,” Bourg said. “I never got them.”

Even something as simple as a doctor appointment at a private doctor in Spokane can cause headaches.

“You have to go in the basement (of the VA) and get the records you need and request them,” Bourg said. “And it can take weeks. I did get electronic records from the VA to take to the doctor, but he couldn’t even open them up.”

Bowers, the VA spokesman, said part of the goal is to improve both the speed of getting those records and to make them compatible with the electronic record systems of private providers.

“We are going to be sitting with (Cerner) arm-in-arm to design an electronic patient care system that will revolutionize our delivery of care as well as increasing our access for veterans and making workflow more efficient for provides and schedulers,” he said.

Charlie Monroe, 70, of Spokane, served seven-and-a-half years with the Navy Seabees. He and Bourg previously led a monthslong protest to convince VA officials to allow veterans to use exercise equipment at Mann-Grandstaff.

“I’m skeptical” of the new computer system, Monroe said. “Some of the people I’ve talked to, they are not too thrilled with it. Until they get used to it, it’s going to take more time away from what doctors have to spend with their patients.”

The current system is so frustrating that some veterans quit trying, said Bob Brodie, a 71-year-old Air Force veteran who lives in Airway Heights.

Brodie said he has a neighbor who suffered serious injuries in the Vietnam War.

“He was getting disability and got cut off because he doesn’t have transportation to get to therapy,” Brodie said.

Brodie worked with his veteran neighbor to give the VA another try.

“I hooked him up with where to go. We made an appointment and got all the paperwork together to send in,” Brodie said.

But someone at Mann-Grandstaff scheduled the visit for Labor Day and the veteran arrived to find an empty office.

“The guy walked across the street and said, ‘I give up. I’m not going down there again,’ ” Brodie said. “They just don’t want to fight the system.”

Brodie’s other neighbor suffers from severe chronic obstructive pulmonary disease, or COPD. That veteran twice had to be hospitalized with flare-ups, once in California and once at MultiCare Deaconess Hospital in Spokane.

In both cases, the veteran called the VA within the required 72 hours to alert them about the emergencies so that he could be reimbursed for the costs. But even though VA officials told him to stay at those facilities, they did not pay either bill and collection agencies began hounding the veteran.

“This was over a year ago. It still hasn’t been paid,” Brodie said. “He won’t even do anything about it. I went to a patient advocate to help him, but nothing works. He just gave up.

“That’s two of them within a block of me,” Brodie continued. “So you can imagine how many more there are.”

In a statement provided Friday, Murray said she will continue to push Wilkie to make good on his promises that the same problems that plagued the rollout of the same computer system for the Department of Defense won’t be repeated.

“On behalf of all service members and veterans, we need assurances not only that any implementation problems are being addressed, but that those same problems won’t be carried over to VA,” she said. “I stand ready to do whatever is necessary to make sure veteran care is not compromised.”