More active-duty troops will be sent to the U.S.-Mexico border to help civil authorities stop thousands of Central American asylum... 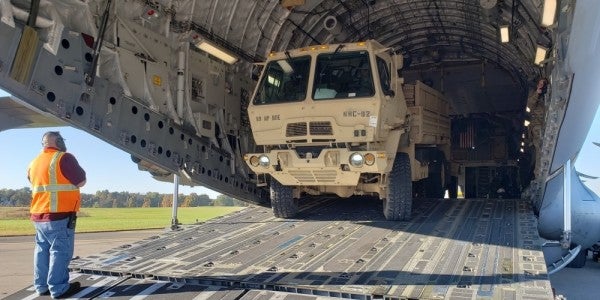 More active-duty troops will be sent to the U.S.-Mexico border to help civil authorities stop thousands of Central American asylum seekers from crossing into the United States, the head of U.S. Northern Command said on Tuesday.

So far, roughly 5,200 active-duty troops have been tasked with the mission, but that number will rise based on the needs of U.S. Customs and Border Protection, Air Force Gen. Terrence O’Shaughnessy told reporters at a Pentagon news conference.

“I can tell you 5,239 is not the top line,” O’Shaughnessy said. “Anyone who gives you a number right now is uninformed because we don’t have that number. What I can confirm is there will be additional forces over and above the 5,239. The magnitude of that difference, I don’t have an answer you for now.”

While some media outlets have reported that up to 14,000 active-duty troops could be sent to the southern border, O’Shaughnessy said that figure “is not in line with what we have been planning.”

The Associated Press is reporting that another 2,000 to 3,000 troops have been told to be ready to join the border mission in case they are needed.

Currently, more than 1,000 active-duty troops are in place in southern Texas, although none has deployed to the border yet, said O’Shaughnessy, who declined to identify the specific units involved until they are all deployed. He said the forces include 421 soldiers from Fort Knox, Kentucky; 260 from Fort Campbell Kentucky; 110 from Fort Riley, Kansas; 40 from Fort Carson, Colorado; 12 from Joint Base Lewis-McChord, Washington; 10 from Fort Bragg, North Carolina; and seven from Fort Stewart, Georgia.

While U.S. Customs and Border Protection personnel will be in charge of dealing with any asylum seekers, there is the possibility of “incidental interaction” between refugees and active-duty forces, O’Shaughnessy said.

When Task & Purpose asked O’Shaughnessy if active-duty troops would be allowed to shoot refugees under certain circumstances, he replied that all U.S. military personnel will be given “very clear guidance” on the use of force.

“It’s similar to if we were going to any location within the United States,” O’Shaughnessy said. “We have these rules in place for a reason: It allows us to have a very standardized set that applies to multiple situations. Our forces are trained to that. We are the most disciplined force in the world, from a military perspective.”

Moreover, NORTHCOM is setting up training programs for units and individual service members on how to respond to scenarios they might encounter and what civil authorities’ rules on using force are, he said.

President Trump has claimed that some of the people in the human caravan come from the Middle East. Task & Purpose asked O’Shaughnessy if any members of the caravan are terrorists, but he refused to comment on matters of intelligence.

“I will say that we are working closely with CBP to understand the nature and the makeup of this caravan,” O’Shaughnessy said.