"Our nation has secrets, and those secrets deserve to be protected." 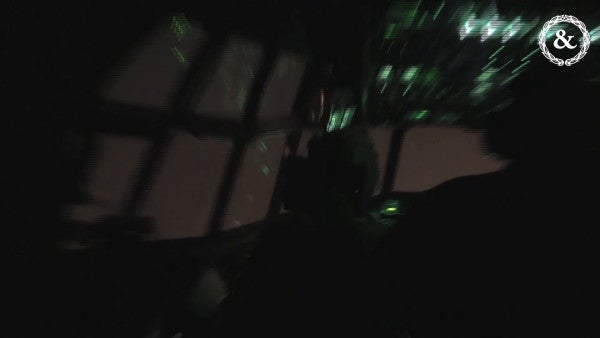 Air Force Chief of Staff Gen. David Goldfein transformed into the Cigarette Smoking Man from “The X-Files” on Tuesday when explaining why UFO enthusiasts should avoid storming the mythical Area 51 installation in Nevada.

“All joking aside, we're taking it very seriously,” Goldfein told reporters during the Air Force Association's annual Air, Space, and Cyber Conference. “Our nation has secrets, and those secrets deserve to be protected. The people deserve to have our nation's secrets protected.”

More than 2 million people have indicated on Facebook that they are taking part in the “Storm Area 51” event, which is expected to take place on Sept. 20. Even though the college student who started the social media phenomenon – which was meant as a joke – will no longer participate in the event, it is possible that UFO enthusiasts might still try to trespass on Nellis Air Force Base, Nevada.

As Goldfein and Acting Air Force Secretary Matthew Donovan spoke to reporters during the AFA conference on Tuesday, it was clear that some brave soul would have to broach the topic of whether the Air Force was prepared for the army of conspiracy theorists that might descend on Nevada looking for proof of extraterrestrial intelligence.

Normally, Task & Purpose asks U.S. military officials about aliens, but this time it was fearless Defense News reporter Valerie Insinna who stuck a truth probe right into the Air Force's anus by pressing the service's top leaders about whether they take the “Storm Area 51” movement seriously.

Goldfein said that he has spoken with Air Force Gen. Terrence J. O'Shaughnessy, head of U.S. Northern Command, about protecting the Air Force bases that UFO enthusiasts believe harbor alien secrets. Donovan said he and Congressional staffers have been briefed by the Air Force's operations staff about what they are doing to prepare for the gathering storm.

“They're coordinating throughout the interagency,” Donovan said. “They're working with local law enforcement. They have, I think, a very good plan.”

“Now, I understand the organizer came up and said, 'Oh, it's cancelled,'” Donovan continued. “But there's still a lot of media attention out in Las Vegas, so they expect that some folks that are going to show up there. We're prepared. We have provided them with additional security personnel as well as additional barricades and that sort of thing, because as the chief sad: We're taking it very seriously.”

Undaunted, Insinna asked Goldfein directly if the “secrets” that need to be protected include aliens.

Goldfein did not issue an outright denial. Instead, he referenced an incident years ago when eccentric billionaire Richard Branson flew a UFO-shaped balloon over London along with a short employee wearing an alien costume.

“I'm actually looking for the very small airman I can put in the E.T. uniform,” Goldfein said, referring to Steven Spielberg's 1982 film.

UPDATE: This story was updated on Sept. 17 to clarify Gen. Goldfein's last quote.