Witnesses lost sleep, quit their jobs, were afraid to speak up, or physically shook from fear when they had to deal with Dunlop. 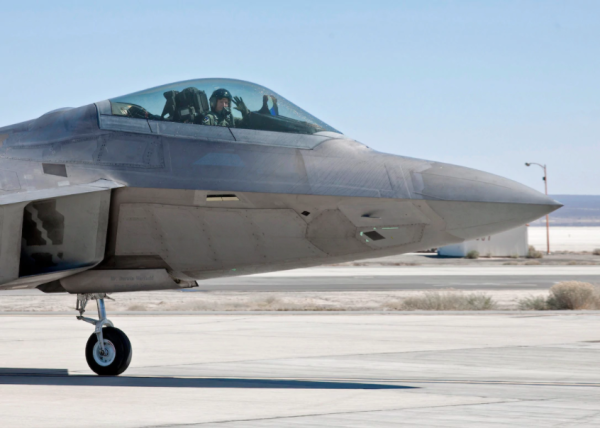 It sounds like the start of a feel-good movie: a talented, groundbreaking Air Force officer who cares deeply about her branch takes the lead of a DoD program she believes is in need of a tune-up.

But when Maj. Gen. Dawn Dunlop took over as director of one of the Pentagon’s most classified programs in August 2018, it was the start of a nine-month nightmare for her staff.

“Nothing was ever right,” said one witness in a January 2020 investigation conducted by the Air Force Inspector General. The investigation, first reported by Air Force Times this week, found that Dunlop routinely berated and belittled her subordinates, created a toxic work environment, made one senior officer storm out of a meeting in tears, and at one point grabbed the hand of a subordinate during a dispute over her calendar.

“If it were a male general, he might be done that day … if he had grabbed a 115-pound lady like that,” one witness told the IG, according to Air Force Times.

Related: The Air Force said this colonel was an incredibly toxic leader. Then they made her a one-star general

Dunlop’s behavior destroyed morale at the Special Access Programs Control Office: several witnesses lost sleep, quit their jobs or seriously considered quitting, were afraid to speak up at staff meetings, or physically shook from fear when they had to deal with Dunlop. Several witnesses described the general’s leadership style as “dictatorial,” “borderline abusive,” or like a “parent scolding a child,” according to Air Force Times.

Though Dunlop was fired from SAPCO on May 31, 2019 amid reports she had created a toxic work environment, she now serves as the Air Force’s director of operational capability requirements. Dunlop’s lawyer, Gary Myers, suggested the general’s efforts to reform SAPCO prompted the IG complaint against her, Air Force Times reported.

“Throughout her career, Maj. Gen. Dunlop has brought a clear sense of integrity, excellence, and a strong desire to serve airmen and the nation,” Myers said. “She has always been willing to work with others to take on difficult change where needed to deliver results in support of these values.”

Dunlop’s credentials are indisputable: the general is a distinguished 1988 graduate of the Air Force Academy; a command pilot with more than 3,500 flying hours (about 600 more hours more than the new Air Force Chief of Staff, Gen. Charles “CQ” Brown), and the first woman to become a fighter test pilot, fly an F-22, and command a test wing.

Witnesses described Dunlop as an extraordinarily talented and accomplished officer who meant well and wanted the Air Force to succeed, Air Force Times reported. But her leadership style made her subordinates lose respect for her and wonder how she made it to major general.

Several witnesses even tried to talk to Dunlop about her behavior, but found her unreceptive to feedback, Air Force Times reported. In Jan. 2019, the general “just went ballistic” when she found out a visitor was going to stop by her office.

“She was concerned the visitor would see bare walls in her office and askew coat hangars and papers on her desk,” Air Force Times reported, citing the IG investigation. “The subordinate told investigators she looked at Dunlop’s schedule to bring a change to her attention and Dunlop grabbed her hand and shook it ‘like a child to get my attention.’”

Witnesses described the encounter as “completely inappropriate” and “unbecoming” for a general officer, though Dunlop described the hand touch as a “very brief” “light touch,” that she did not think was disrespectful.

Related: ‘If he was on the battlefield, he probably would’ve been shot in the back’— Inside the toxic command of Air Force Lt. Gen. Lee Levy

The 2020 IG report comes on the heels of a separate IG report, dated November 2019, which found that Dunlop used subordinates to run personal errands for her while serving as commander of the NATO Airborne Early Warning and Control Force at Geilenkirchen NATO Air Base in Germany from 2016 to 2018, Air Force Times reported.

The IG found that subordinates swapped out Dunlop’s summer tires for winter tires, and vice versa, on her personal vehicle four or five times; got the oil changed; made hotel arrangements; drove the car around to burn off gas to get the car ready for transfer back to the U.S.; and sold her winter tires for her.

The IG concluded that these taskings were violations of DoD ethics regulations and part of a “pattern of personnel misuse” during her Germany command, Air Force Times reported.

“She is committed to incorporating these lessons learned as she moves forward in her current position,” Myers said.