‘If he was on the battlefield, he probably would’ve been shot in the back’— Inside the toxic command of Air Force Lt. Gen. Lee Levy

Working for Levy, "was harder than a deployment, because there was no job satisfaction," said one airman. 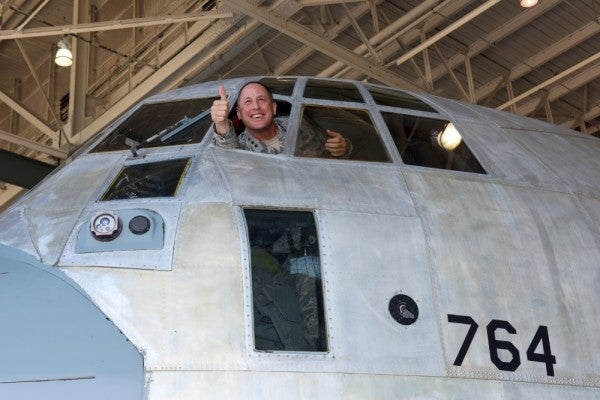 There are good leaders and bad leaders, and then there are leaders whose command climates are so toxic and humiliating that they make deployments seem like a cakewalk. Air Force Lt. Gen. Lee Levy II was in the third category, according to a recent Inspector General report.

The 80-page report was unwavering in its condemnation of Levy, who, as head of the Air Force Sustainment Center based in Tinker Air Force Base, was responsible for nearly 43,000 airmen, multiple supply chain wings and air base wings, and nearly two dozen operating locations both within and outside the continental US. But all that authority couldn't stop those directly under his command from hating his guts.

“I think if he was in the battlefield, he probably would've been shot in the back,” said one witness, whose sentiment “was expressed by virtually every member of Lt. Gen. Levy's ,” the report said. In total, 35 of Levy's subordinates and other witnesses were interviewed.

Levy's rap sheet, the report said, included publicly and personally belittling subordinates, allowing civilians to make sexual remarks to his female staff, and wrongfully accepting loans from his lesser-paid employees and not paying them back.

For specific examples, the report highlighted incidents where Levy made fun of a female subordinate's eating habits and told her to lose weight; deliberately dropped folders on the floor of his office and told his staff to pick them up; ordered his subordinates to dust the frames of the pictures in his office, and shamed them for not serving his coffee hot enough.

“That year was the hardest year of my life…professionally and personally,” said one subordinate in the report. “It was harder than a deployment, because there was no job satisfaction.”

Another airman, who only had to work for Levy for 90 days, described that period as “hands down the worst time that I've had in my 11 years, uh, in the Air Force.”

The most infamous of Levy's offenses was when he repeatedly and publicly made fun of a female airman's weight and shamed her when he saw her eating. The aggrieved airman never had any issues with her weight or her ability to comply with Air Force fitness standards, the report said.

“Oink, oink . Are you really eating again?” Levy said, according to the report. “She testified Lt. Gen. Levy looked at her, started laughing, and grabbed his own lunch before continuing with the discussion. “You're always eating,” he said.

Levy didn't recall that particular incident, the report said, but he speculated that he may have made statements about the airman's eating habits as part of a good-natured give-and-take between the two of them. However, the airman said the remarks made her feel “terrible” and self-conscious, according to the report.

Levy's subordinates were also offended by the general's habit of forcing them to pick up piles of papers and folders which he had deliberately dropped on the floor, they told investigators. Subordinates called it a power move.

“It was never a mistake of 'I'm handing you a folder and it accidentally fell'…it was an intentional move on his part,” said one witness. “I think it's extremely humiliating…'I'm making a move to let you know I'm still in charge.'”

Levy denied trying to demean his subordinates by making them pick papers up the floor. However, the report said the paper-picking-up was one of many factors that led to a collapse of morale among his staff.

“I'll just clear that for you. There was no morale in the office … people are quitting, unhappy, trying to leave … this is not a pleasant place for anyone to work,” said one witness. “It was almost a punishment to work up here.”

“There were a lot of nights where I would come home just in tears or just ready — just absolutely emotionally and mentally exhausted from the work,” said another.

Not only was Levy's command style bad for morale, the report found, it was also unethical.

From July 2017 to July 2018, Levy often had his employees pay for his personal expenses out of their own personal bank accounts. Some of the purchases included wine, sweetener, coffee filters, diet Coke, cookies, shaving cream, and meals from Subway and Chik-fil-A.

One employee kept detailed spreadsheets of how much Levy owed her, which sometimes ran up over $430, though Levy wasn't exactly punctual in paying her back.

“Toward the end of his command, receiving payment for the final indebtedness became an issue,” the report said. “She advised Lt. Gen. Levy of the indebtedness, and she said he promised to bring a check in to pay her.”

But with Levy's retirement coming up and the debt still unpaid, another witness had to call Levy to remind him to pay up, the witness said. According to the military's Joint Ethics Regulations, service members generally can't accept gifts from lesser-paid employees. Loans not paid back in a timely fashion are essentially gifts, the report argued.

Levy said he was unaware of the negative balance he owed the subordinate until the end of his tenure. The former general also denied having the conversation where another witness reminded him to pay off his debt to his lesser-paid subordinate.

“The found that both assertions were implausible in the face of the weight of the credible evidence and testimony,” the report said.

Was Levy good at his job as a logistics officer? One subordinate said he was an intelligent guy who “did a lot for logistics, you know, really put a lot.”

However, as far as being a commander, a leader and a person, the subordinate said she considered him “morally compromised … He was just so internally focused on himself.”

Even character witnesses Levy called to speak in his defense were guarded in their comments. Levy had a reputation for being direct or intense, and could be difficult to please, they said. While some witnesses had positive views of how he treated and mentored them, several said that “his style and approachability were not necessarily a style they would embrace,” the report said.

“Another general officer noted he had passed on an opportunity to work for Lt. Gen. Levy in the past based on his reputation,” the report continued.

Levy was originally set to retire on Oct. 1, 2018, but he was recalled to a temporary duty at the Pentagon during the inspector general investigation, Air Force Times reported. He had served since 1985 and reached the three-star rank of Lieutenant General. When he officially retired on Nov. 1 this year, he had been demoted to a two-star Major General, as a result of the investigation.