He threatened to castrate a staff member, told a female Marine that he would prefer his daughter working as a prostitute than serve as a pilot, and he spread a rumor about a female Marine officer, whom he believed filed a complaint that cost him his job 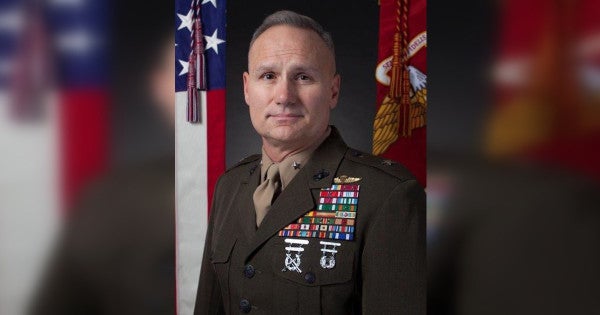 A Marine one-star general whom an investigation found to be an abusive and toxic boss has essentially escaped unpunished.

Cooling, who had been fired as legislative assistant to the commandant, is now serving as assistant deputy commandant for plans, policies, and operations — marking the pinnacle of his 33-year career in the Marine Corps.

The brigadier general first told Washington Post columnist Joe Davidson that he had been counseled over the IG’s findings.

When contacted by Task & Purpose, Cooling deferred questions to the head of Marine Corps public affairs. A Marine Corps spokesman declined to say what administrative actions were taken against Cooling.

The IG investigation found that Cooling created a hostile work environment during his seven months as legislative assistant.

During that time, he threatened to castrate a staff member, told a female Marine that he’d prefer his daughter work as a prostitute than serve as a pilot, and spread a rumor about a female Marine officer whom he believed filed a complaint that cost him his job, the investigation found.

“We substantiated the allegation that BGen Cooling’s overall course of conduct toward subordinates disparaged, bullied, humiliated them, and devalued women,” the investigation found.

Cooling defended his leadership style, telling investigators the comment about his daughter was meant as a joke and he didn’t remember threatening to castrate anyone – although he may have discussed castrating cattle while growing up on a farm.

“I inadvertently offended some through random remarks that were taken in a different context other than I intended,” Cooling told Military.com reporter Gina Harkins in June. “Had I been less demanding or willing to compromise standards, these allegations — which surfaced only during the promotion confirmation process — would have never emerged.”