'He’s been suspended from his duties' 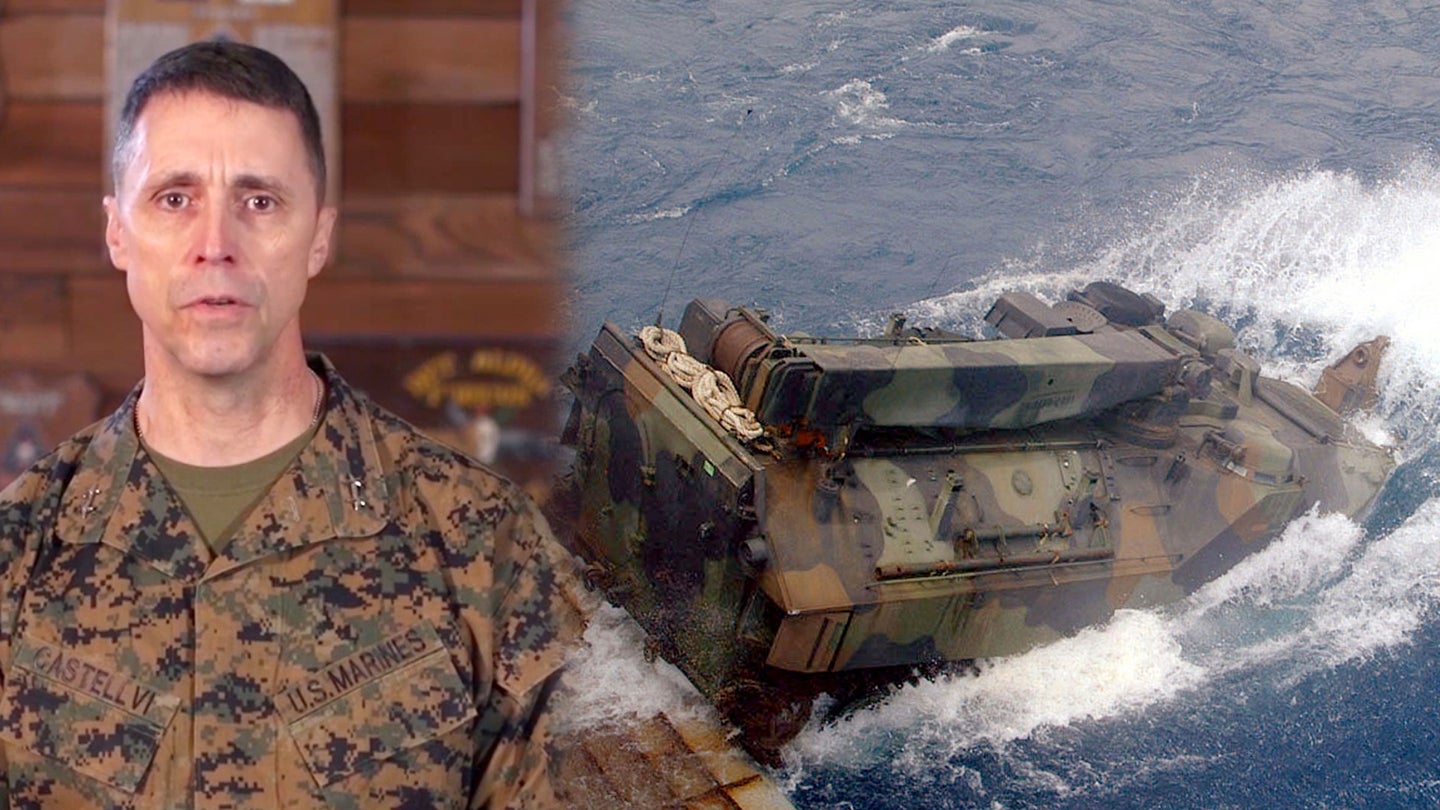 Marine Corps Maj. Gen. Robert Castellvi, who was found to be partially responsible for a July 30 sinking of an amphibious assault vehicle that cost the lives of eight Marines and one sailor, has been suspended from his duties as Marine Corps Inspector General, a top Marine official told lawmakers on Monday.

The move comes as the Marine Corps is looking into how the events leading up to the formation of the 15th Marine Expeditionary Unit, of which the amphibious assault vehicle platoon was part at the time of the accident.

“The Commandant of the Marine Corps suspended Maj. Gen. Robert F. Castellvi from serving as the Inspector General Marine Corps pending the outcome of the investigation led by Lt. Gen. Mundy into the formation of the 15th Marine Expeditionary Unit,” Marine Corps spokesman Capt. Andrew Wood said on Monday. “The suspension occurred late last week.  The announcement was made by the Assistant Commandant of the Marine Corps during a testimony hearing on 3 May.  The Acting IGMC is Mr. Carlyle E. Shelton, Jr.  Maj. Gen. Castellvi has not been reassigned at this time.”

An initial command investigation into the Marine Corps’ deadliest training accident involving an amphibious assault vehicle determined that Castellvi, who was then commander of the 1st Marine Division, “bears some responsibility” for the fact that the platoon had not completed a Marine Corps Combat Readiness Evaluation (MCCRE) prior to the accident.

However, Rudder decided not to discipline Castellvi even though he also found that Castellvi was also in charge of making sure that all members of the platoon were trained to get out of a submerged vehicle before they transferred to the 15th Marine Expeditionary Unit.

On Monday, Rep. Jackie Speier (D-Calif.) asked during a congressional hearing if Castellvi had been placed on administrative leave.

“The Marine Corps should never have appointed an officer who oversaw possibly the worst training disaster in modern Marine Corps history to the position of Inspector General,” said Speier, chair of the House Armed Services Military Personnel Subcommittee. “If the Marine Corps is serious about fixing its failed safety culture, it must start by holding its top leadership accountable.”

Had the eight Marines and one sailor in the amphibious assault vehicle completed underwater egress training, they likely would still be alive, wrote retired Marine Col. Walter Yates in a recent commentary for Task & Purpose.

Yates, the former program manager for training systems, argued that the Marine Corps has known for several years that not enough Marines were being trained on how to escape from a submerged vehicle or aircraft, but the Corps has not taken any substantive action to fix the problem.

The Submersible Vehicle Egress Trainer is designed to show Marines exactly how to get to the surface if their vehicle or aircraft goes under water, Yates wrote. But an investigation into an August 2017 MV-22 Osprey crash, in which three Marines were killed when the aircraft sank, found that seven of the 21 passengers aboard had not received any type of helicopter egress training.

The squadron’s commanding officer told the investigator that the classes on how to escape from a submerged aircraft were only held twice a day and limited to 20 students each, so it was very difficult to make sure that all 1,300 Marines in the battalion received the training, according to a copy of the investigation.

Yates wrote that he filed an inspector general’s complaint arguing the Marine Corps had failed to address this training shortfall. Eleven months later, the Marine Corps Inspector General’s Office told him the investigation was closed because the concerns he raised in his complaint had already been addressed and his complaint allegedly “contained inaccuracies as to whether or not certain recommendations had been appropriately acted on.”

“Failure to implement recommended corrective measures to prevent loss of life isn’t benign neglect,” Yates wrote. “It is a dereliction of duty and it is far beneath the aspirations of the Marine Corps motto, Semper Fidelis.”