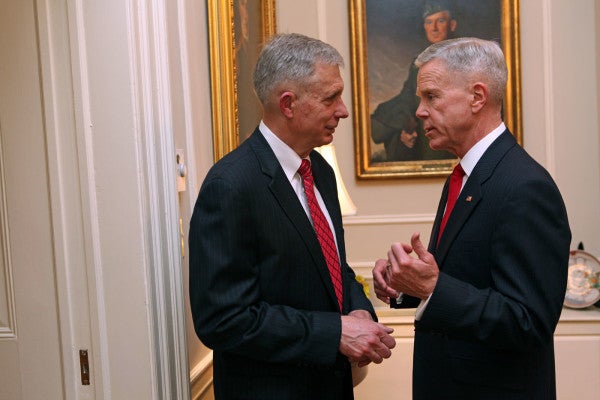 At odds are recently retired Commandant of the Marine Corps Gen. James F. Amos and Lt. Gen Thomas Waldhauser, who works in the office of the Joint Chiefs of Staff. Waldhauser was Amos’ pick in 2012 to lead the investigation into the urination scandal, but the two had a meeting in which Amos’ sought to impress the seriousness of the case upon Waldhauser. After the meeting, Amos removed Waldhauser from the investigation.

An investigation from the Pentagon's Inspector General cleared Amos of any wrongdoing, but Lamothe digs into some of the documents in the report and states that there’s still a rift between Waldhauser and Amos, as the latter general’s legacy was marred by the conflict.