The Colossal Size Of The 2015 Defense Budget

The United States spends a lot of money on defense. This is not an astounding fact. Just last month the... 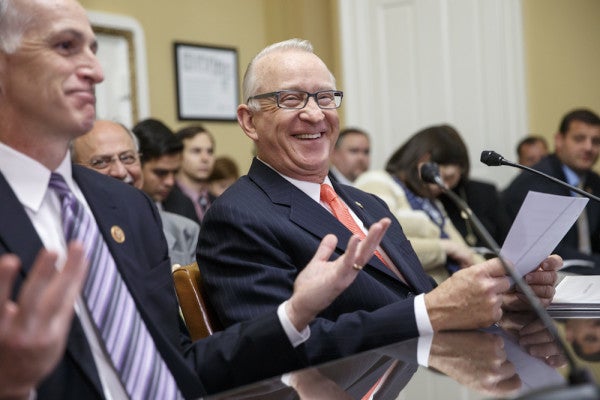 The United States spends a lot of money on defense. This is not an astounding fact. Just last month the president of the United States signed the National Defense Authorization Act for fiscal year 2015, giving the Department of Defense a base budget of $496 billion, plus $64 billion for what is referred to as Overseas Contingency Operations spending. This is because despite having a budget of nearly half a trillion dollars, the DoD base budget only covers normal operations and not combat spending. Also in the NDAA is $17.9 billion for the Department of Energy to spend on our nuclear weapons programs. If you didn't know, our nuclear weapons, though deployed on Navy submarines and housed in Air Force silos, are actually paid for by the Energy department.

When you add all of the numbers up, the United States is on the verge of spending $1 trillion on defense for one fiscal year, nearly double what is authorized in the baseline DoD budget. This diffusion of the defense budget has led to a slow decrease in the percentage of money scrutinized by public eyes or open to public debate. This movement could also be seen as symptomatic of a nation so willing to deficit spend. The Department of Veterans Affairs is the largest expenditure outside of the DoD, and in many ways, covers the interest payments for the human costs of war.

By failing to clearly define defense expenditures, the United States government is on the verge of spending nearly twice as much as is normally understood to be spent on national defense.

The White House Office of Budget and Management provides data on government spending by department going back to 1962. By using the numbers for the Department of Veterans Affairs, the Department of Homeland Security, nuclear weapons, and various other programs listed as defense related, we can get an understanding of how these numbers change over time.

In 1962, non-DoD defense spending was approximately $9.2 billion and accounted for just over 15% of total defense spending. By 2013, this had risen to more than 30%. Looking at charts of the two spending levels shows exactly how this happened.

When defense budgets are on the rise, the way they were in the early 1980s, budgets for all defense-related activities tend to increase. However, when defense spending goes down the way it did in the early 1990s, the only funding being cut is that of the Department of Defense. Looking closely at the numbers, it turns out that over the last 51 years the budget for the DoD has been decreased 13 different times. In contrast, over the same time period, non-DoD defense spending has only been cut four times. The post-Cold War drawdown shows the most dramatic difference. Between 1989 and 1998, the DoD budget was cut by 13%. At the same time, the non-DoD defense budget increased by 47%.

Other researchers have come to similar conclusions. The Mercatus Center at George Mason University put together a fantastic chart showing just how much money was spent on defense in fiscal year 2013, including military retirements and International Affairs spending. According to their account, total defense spending is roughly 70% higher than the baseline DoD budget.

Amazingly, this data probably isn't complete either because it doesn't account for the classified budgets of our various national intelligence agencies. With the CIA launching the majority of drone strikes around the world, and the National Security Agency being the vanguard in the nation’s new cyber war, these budgets certainly need to be included in the tally of defense spending. In many ways, you could even consider the massive NSA data center being built in Utah to be the 21st century version of Guantanamo Bay where we lock our enemies’ digital secrets, slowly probing them with algorithms in hopes they will one day reveal important information.

Though you can't find the details of these budgets, in recent years, the director of the National Intelligence Office has released the total budget figure for the National Intelligence Program, which in 2015 will be set at $45.6 billion. A good portion of the Department of Justice budget could also be included in this number. Since the Sept. 11 attacks, the War on Drugs has been consumed by the War on Terror, and they are now essentially the same thing, making the Drug Enforcement Administration a vital part of the national defense. If we consider the DEA’s budget as defense spending, then certainly the Bureau of Alcohol, Tobacco, Firearms and Explosives should be considered as well. These two agencies alone have a $3.1 billion budget and that doesn't include the U.S. marshals, the FBI, a whole host of agencies that certainly spend an increasing amount of their time on anti-terrorism and other defense-related issues.

Fiscal austerity is likely to continue. The only way for the country to avoid the “hollow force” that the last three secretaries of defense have all said they want to prevent is by making sure we also look outside the Department of Defense. We need an honest account of our defense spending if we hope to have an honest discussion about what that spending limit should be.