A number of defense contractors continue to decry the budget cuts enacted in 2011, citing the need to modernize capabilities... 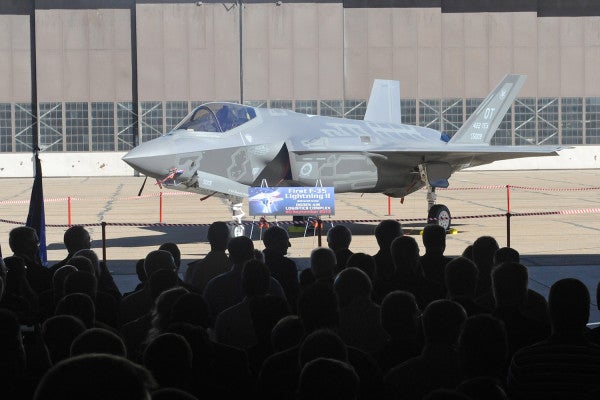 A number of defense contractors continue to decry the budget cuts enacted in 2011, citing the need to modernize capabilities to stay ahead.

“There is clearly a recognition by the lawmakers that I speak to that we have so many global security challenges and needs to modernize our defense capabilities that we need to increase spending above the budget caps,” Lockheed Martin’s chairman, president, and CEO, Marillyn Hewson, recently told Defense News.

Still, companies like Lockheed Martin have managed to generate billions of dollars from its work with the defense sector. In fact, Lockheed Martin and 99 other companies were chosen by Defense News in its annual Top 100 Report for the ability to generate massive profits from their U.S. defense programs. The top five alone brought in more than $215 billion total revenue in 2014, which affords them a great deal of influence in Washington, D.C. Here’s a breakdown of the five defense contractors with the biggest Department of Defense-fueled revenues of 2014.

Lockheed Martin launched in 1995 with the merger of Lockheed Corporation and Martin Marietta. Both companies are offshoots of early aerospace manufacturing companies that began building planes in 1912. The Lockheed Propulsion Company designed and built the solid propellant launch escape motor and the pitch control motor for the Apollo spacecraft that put the first man on the moon.

F-35 Lightning II Program: Known as the joint strike fighter, the F-35 is the Defense Department's solution in next-generation strike aircraft weapon systems for the Navy, Air Force, and Marines. The $1.3 trillion contract will produce aircraft for each of these services by 2037. Though it has been constantly in flux, the cost per unit estimated now to be roughly $337 million per plane, according to a report by Winslow Wheeler, a longtime program analyst with the Project On Government Oversight. BAE Systems and Northrop Grumman are also involved in the delivery of the aircraft. The F-35 will be delivered to 11 other countries, including Britain, Australia, Italy, Turkey, the Netherlands, Denmark, Norway and Canada.

Littoral Combat Ship: The Navy’s current littoral combat ships are designed to project dominance in the coastal water battlespace as a quick maneuverable craft capable of operational flexibility. By 2035, the Navy expects to have spent roughly $25 billion to acquire the littoral combat ships, valued at $432 million per ship in 2009 dollars. This acquisition has been the subject of much debate due to Lockheed Martin’s lack of experience with ship building as well as the ever-growing cost to deliver.

The Apollo 11 mission launched from the Kennedy Space Center, Florida, via the Marshall Space Flight Center developed Saturn V launch vehicle on July 16, 1969 and safely returned to Earth on July 24, 1969.

Boeing was founded in 1916 by timber merchant William E. Boeing. He and Navy officer Conrad Westervelt developed a single-engine, two-seat seaplane, the B&W;, and renamed their firm Boeing Airplane Company in 1917. Boeing is involved not only in the defense space, but also commercial aircraft, producing such planes as the 747. In the 1960s, the company also began manufacturing helicopters, gaining notoriety in among the services for the CH-47 Chinook and CH-46 Sea Knight, which were commissioned by the Army and the Navy. For NASA, Boeing designed and built the first stage of the Saturn V rockets, which sent Apollo astronauts to the Moon. Its battery-powered lunar roving vehicles were also used in the Apollo 15, 16, and 17 missions.

KC-46A Pegasus: Known as the “tanker,” the KC-46A is a multirole refueling jet based on the Boeing 767. The KC-46A was commissioned to replace some of the Air Force’s KC-135 aerial refueling aircraft fleet. This fixed-price contract was warded by the Air Force in 2011 with a cap of $4.9 billion. The first 18 are expected by delivered by 2017. Setbacks due to wiring problems are expected to cost Boeing a $272 million after-tax charge. In an Oct. 8 test, the tanker deployed two aerial refueling systems, essential to core mission success.

BAE Systems was formed in 1995 from a merger between Marconi Electronic Systems and British Aerospace. Not only is it one of the largest defense companies under the employ of DoD, but it is also one of the largest international firms. The U.S. market accounts for roughly 40% of BAE Systems' group revenues, making it the biggest foreign supplier of military goods to the Pentagon. The company has an extremely diverse portfolio, which translates into versatile manufacturing offerings.

Armored Multi-Purpose Vehicle: The program aims to provide the Army with a highly survivable and mobile fleet of vehicles that addresses a critical need to replace the Vietnam-era M113s armored personnel carrier. The initial award is for a 52-month base term, valued at about $382 million with the total program value expected to be $1.2 billion to complete.

A network administrator with the 97th Communications Squadron inserts a hard drive into the network control center retina server.

Considered one of the earliest technology startups, Raytheon was established in 1922 by Vannevar Bush, Laurence Marshall, and Charles G. Smith. The company is regarded as being at the forefront of electronic innovation since World War II. During the war, Raytheon engineered radar defense systems that created situational awareness during major battles in the Pacific and helped defeat submarine enemies in the Atlantic. Additionally, one of the engineers, Percy Spencer, discovered microwave cooking and built the first commercial microwave oven. On the Apollo 11, Raytheon created the computer that directed the space vehicle on its journey. Additionally, its on-board microwave tube transmitted radio and TV signals to earth, which allowed the world to witness man’s first steps on the moon.

Integrated Space Command and Control: After a lengthy protest from Lockheed Martin, the Government Accountability Office made the move in early September to award a $700 million contract to Raytheon to provide around-the-clock support to the North American Aerospace Defense Command’s Cheyenne Mountain Complex as well as maintain and update sensor and software systems for the command's Tactical Warning/Attack Assessment network.

One of the oldest defense companies in the United States, General Dynamics’ origin is linked to John Philip Holland’s Holland Torpedo Boat Company, which built the Navy’s first submarine in 1896. The firm was sold to Isaac Leopold Rice and renamed Electric Boat company in 1899. Post-World War II, the company was reorganized as General Dynamics, and began its reign as an aircraft powerhouse, pioneering the creation of the unparalleled F-16 program.

Virginia-class submarine: In 2014, General Dynamics won a record-breaking $17.6 billion contract to deliver 10 Virginia-class nuclear-powered attack submarines at a rate of two ships per year. It is the largest shipbuilding contract in U.S. Navy history in terms of total dollar value.

Hydra-70 Air-to-Ground Rocket System: General Dynamics was awarded a $126 million contract to produce the Hydra-70, a family of unguided rockets offering diverse warhead configurations. Rockets can be fired from a variety of aircraft, including the Army Apache and Marine Corps Cobra helicopters, as well as the Air Force’s F-16.