On Dec. 12, President-elect Donald Trump attacked the F-35 Joint Strike Fighter on Twitter, saying the cost of the next-generation... 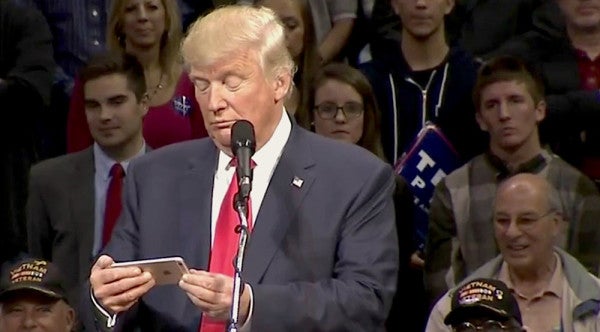 On Dec. 12, President-elect Donald Trump attacked the F-35 Joint Strike Fighter on Twitter, saying the cost of the next-generation stealth plane is “out of control.”

A presidential tweet can have some serious corporate repercussions: In subsequent trading, shares in Lockheed Martin, the company that produces the aircraft, dipped more than 4%, and its market value plunged by $4 billion, according to CNBC. To put that in perspective, it’s 1/100th the estimated cost of the weapons program itself, which some believe could reach $400 billion.

Lockheed isn’t the only one. Last week, Trump called out Boeing as well.

Boeing secured a contract in January 2016 to start work on the 747 jets meant to replace the 25-year-old Air Force One planes, which will be phased in early next decade. And although its stock price dipped by 1% after the tweet, it has since recovered.

But companies across the country are feeling the sting of Trump’s Twitter attacks. Northrop Grumman is only a component producer on the F-35, and its stocks hit a one-month low as a result of the tweet. While these companies have more than enough financial capital to withstand such attacks, other smaller contractors may not be so resilient.

Trump calls interventions in iraq and afghanistan an absolute failure »

Hopefully these companies fare better than the F-35 in a thunderstorm. Around the same time the president-elect was firing off his tweet, a pair of the stealth aircraft that were scheduled for delivery to Israel — the first installment of 50 planes that have been promised — were grounded for several hours in Italy due to bad weather.