As man pushes further into the dark recesses of space, the margin of error decreases and the most unlikely things... 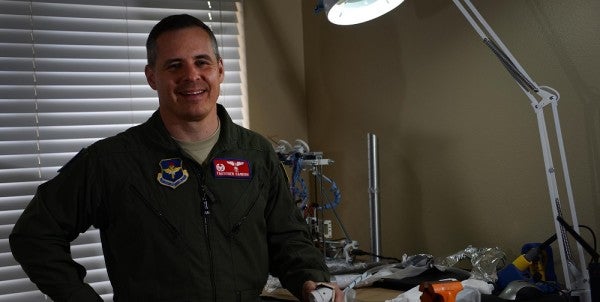 As man pushes further into the dark recesses of space, the margin of error decreases and the most unlikely things begin to pose a greater threat, like poop. Yes, in the vacuum of space even poop can kill you.

When astronauts are bobbing around in zero gravity in low-earth orbit, they can get back to the planet’s surface within 24 hours in an emergency. However, now that NASA is going out to lunar orbit and beyond, the likelihood an astronaut will have to remain in their spacesuit for an extended period of time has increased, and that poses a unique problem: What to do with your poop?

That’s why NASA launched the Space Poop Challenge on Oct. 11, 2016, asking contestants to provide ways for astronauts to manage urine, feces, and menstrual fluid while wearing a spacesuit for six straight days.

Related: The No Sh*t Truth About What It’s Like To Be A Drill Instructor »

Currently, NASA’s space suits have super-absorbent diapers, which work alright for up to 24 hours. But, in the future, an astronaut might be required to spend several days in their suit, and therefore several days stewing in their own shit, because there’s currently no way to handle human waste inside of the suit without losing air pressure.

Not only is sitting in your own filth unpleasant, but the ensuing diaper rash can actually lead to a deadly infection, and the last thing anyone wants in their obituary are the words “killed by a poopy diaper.”

Fortunately, this airman may have found a solution to that problem.

The winner of the competition, Air Force Col. Thatcher Cardon, received $15,000 for his invention: a perineal access port, which is essentially a valve located near your junk that allows you to insert various toiletries into your space suit without losing air pressure. Cardon’s main invention — he’s got others, like a hygiene wand that you insert into the port and scrub between your nethers in lieu of using toilet paper — was inspired by his work as a flight surgeon.

Thanks to his training as a flight surgeon, Cardon learned to keep an eye on the effects of pressure, like in the case of an inflatable cast which will become tighter as an aircraft gains elevation. The port functions similarly to surgical technologies where a small opening in the body is used to insert medical instruments while maintaining pressure within the body.

“I’ve always wanted to go into biomedical engineering,” Cardon, a self-described tinkerer and inventor who also moonlights as a member of the Spokane, Washington SWAT team, said in a DoD press release. “I opted for family medicine instead, thinking I could always do biomedical engineering later on. I never imagined that poop would be my ticket into the field.”