SOCOM Is Looking For Better Eyes And Ears For US Commandos

Back in June, U.S. Special Operations Command announced a Joint Threat Warning System industry day to examine the newest and... 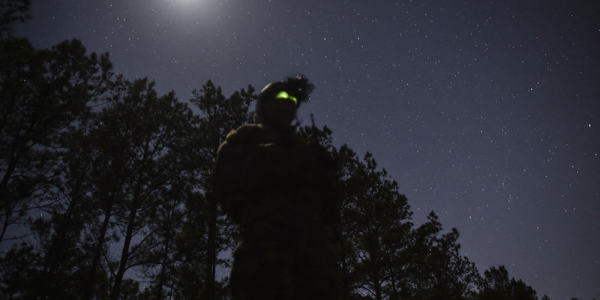 Back in June, U.S. Special Operations Command announced a Joint Threat Warning System industry day to examine the newest and best gear for signals intelligence collection by American commandos downrange. Now, SOCOM has a better idea of the technology necessary to give special operations forces the eyes and ears they need to sniff out enemies on the battlefield.

On July 6, several SOCOM program offices (including the Joint Threat Warning System program manager and program executive officers for Special Reconnaissance, Surveillance, and Exploitation) released an expansive request for information regarding lightweight, low-powered body sensors to help special operations forces maximize signals intelligence gathering capabilities downrange, Soldier Systems first reported. Though the RFI is not a solicitation for proposals from defense contractors, it provides an interesting window into SOCOM’s priorities when it comes to SIGINT downrange.

Most of the emphasis is on hardware: SOCOM wants a man-packable antenna with minimal power requirements, multiple cable and calibration options, and expansive signal-detection capabilities that allow for flexibility in whatever operational environments special operations forces find themselves in. More importantly, the sensor rig itself needs to weigh less than 12 pounds total, including batteries, antennas, and other important cables — a three-to-nine-pound reduction from existing rigs, per the RFI. And the rig needs to run for a minimum of 12 hours on MIL-SPEC batteries.

Outside of the hardware, the RFI also puts an emphasis on sensors that can easily exchange data with other sensors and networks, providing a unified picture of signal activity in an operational environment. To that end, the RFI calls for “self-healing connectivity,” system architecture that supports collaborative operations across multiple locations without depending on line-of-sight to connect to a broader network.

It’s hard to understate the importance of consistent network connections in coordinating SOF activity. Special operations forces are increasingly the primary warfighters in the global war on terror, currently engaged in some level of planning or execution of special operations in more than 138 countries. To maintain its ability to operate globally against any possible threat, SOCOM needs to continuously gather and analyze every iota of data gathered by troops downrange — and do so in real time.

To this end, the new body sensors aren’t just about enhancing the warfighting capability of individual SOF troops, but boosting signals intelligence for the entire fighting force. Sure, the RFI also emphasizes software to provide options real-time “language identification, speaker identification, gender identification, speech detection and group identification,” but without a solid network connection that allows this data to inform SOCOM ops halfway around the world, these fancy new gadgets are moot.

The long and short of the RFI is that SOCOM wants a sensor rig that will augment existing signals intelligence architecture and increase connectivity to the broader tactical networks used to support special operations forces. Let's just hope it’s not as ugly and unwieldy as the Army’s tank-killing electronic warfare kit.