"We own the night" has remained the battle cry of American night vision dominance for decades. Now, U.S. Special Operations Command wants to take the U.S. military's capabilities to the next level 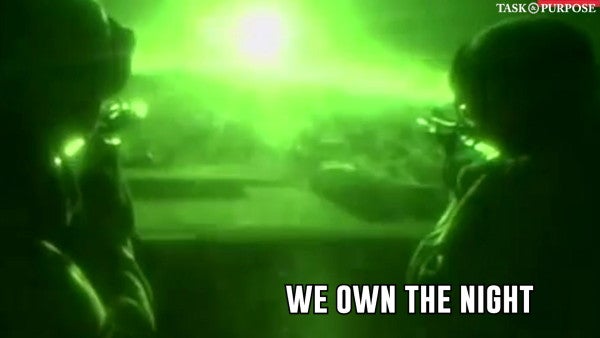 “We own the night” has remained the battle cry of American night vision dominance for decades. Now, U.S. Special Operations Command wants to take the U.S. military's capabilities to the next level.

“True color” night vision is exactly what it sounds like: a night vision system that substitutes the green monochrome of standard night vision and white phosphor-based systems for a full-color, fully illuminated image.

According to the RFI, the ideal technology will maintain multiple night vision capabilities so far that it can achieve ” presentation and capture of images and full motion video of visible spectrum light (approximately 400nm to 750nm), short wavelength infrared (IR) (1.4-3mm), near IR spectrum (approximately 700nm to 1mm), and medium IR (approximately 3-5mm) displayed remotely at a resolution of -3840 x 2160 (commonly referred to as 4K UHD).”

As The War Zone
noted in January 2019, the U.S. military has been pursuing such tech for the better part of three decades without much success, but commercial firms have finally achieves some practical applications of the tech in the last few years.

Consider SPI Corporation's X27 Osprey full motion video camera, which The War Zone cites as a great example of what this capability actually looks in the field:

While the RFI marks the earliest possible stage of development for a new piece of gear — the technical experiment itself is only scheduled for early February 2020 at the Avon Park Air Force Range in Florida — the Pentagon has been gradually iterating its night vision capabilities for years to achieve better situational awareness among users.