Russian officials denied reports that the failure led to an "emergency situation." 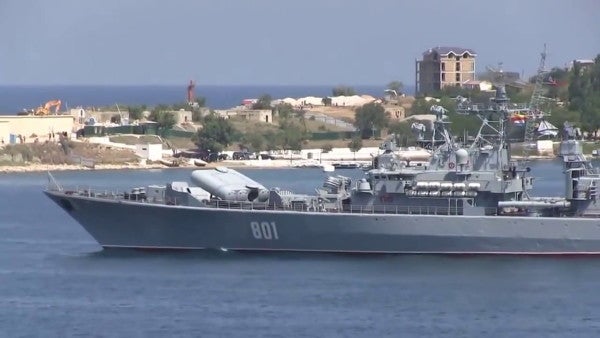 MOSCOW (Reuters)- A Russian nuclear submarine aborted the test firing of an intercontinental ballistic missile during a military exercise overseen by President Vladimir Putin last week, the Ministry of Defence said on Monday.

The nuclear submarine, K-44 Ryazan, part of Russia's Pacific Fleet, was meant to launch two R-29R ballistic missiles from the Sea of Okhotsk on Oct. 17, but fired only one successfully with the other remaining in its tube onboard the submarine, the Vedomosti daily reported earlier on Monday.

The incident occurred on the same day as Putin oversaw the drills from a command center at the Defence Ministry in Moscow.

The aborted drill was part of wider war games for Russia's armed forces, known as 'Thunder 2019,' which were designed to test the readiness of the country's strategic forces for a nuclear conflict.

The Defence Ministry on Monday confirmed the incident with the ballistic missile, but rejected an assertion by Vedomosti that the failure to launch the second missile had led to an “emergency situation”, Russian news agencies reported.

“Having assessed the information received just before the launch about the technical condition of one of the missiles on the Ryazan submarine, the decision was taken to not use it in a training strike,” the defense ministry was cited as saying.

The exercises took place in Russia's Far East and Far North from Oct. 15-17 and involved about 12,000 military personnel, more than 100 aircraft and five submarines, the defense ministry said in a statement. The naval part of the exercise covered the Barents, Baltic, Black, Caspian and Okhotsk seas.

The K-44 Ryazan was first brought into service during the 1980s, but has undergone modernization since then.

The launch of the R-29R missiles during the training exercise was necessary to keep them operational, a person close to the Navy's general staff told Vedomosti, saying that they were nearing the end of their service life.