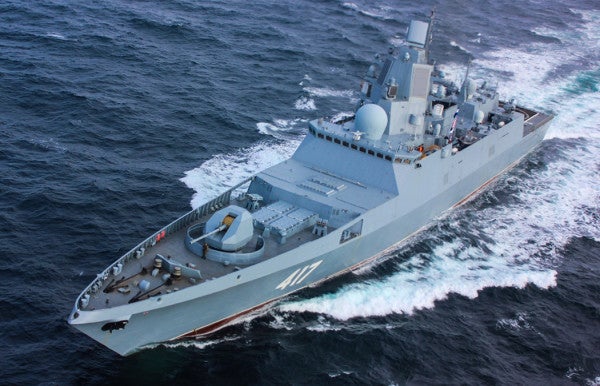 President Vladimir Putin talked up hypersonic missiles in a March 2018 speech, saying they were part of a new generation of Russian weapons that could hit almost any point in the world and evade a U.S.-built missile shield.

State television presenter Dmitry Kiselyov said in February 2019 that the Tsirkon missile could hit targets in the United States in less than five minutes if launched from submarines.

“In accordance with the Tsirkon's state testing program, in early January this year, the Admiral Gorshkov (ship) carried out the test launch of this missile from the Barents Sea to a ground target in one of the military ranges in the northern Urals,” one source told TASS.

The next stage in the Tsirkon's development after tests from the Admiral Gorshkov were complete would be a test launch from a nuclear submarine, the source said.

The successful launch of the missile, whose January flight exceeded 500 kilometers (310 miles) according to another source, increased Russia's military capabilities.

In August, the United States pulled out of a landmark strategic arms accord, the Intermediate-Range Nuclear Forces Treaty (INF), adding to tensions between the two former Cold War adversaries, but giving both countries the opportunity to expand their nuclear arsenals with increased impunity.

Putin oversaw the launch of a different hypersonic missile, the Kinzhal (Dagger), which is air-launched, from a naval vessel in the Black Sea near Crimea in January.