Trump claims the US is building a ‘super duper missile’

"We have, I call it, the 'super duper missile'" 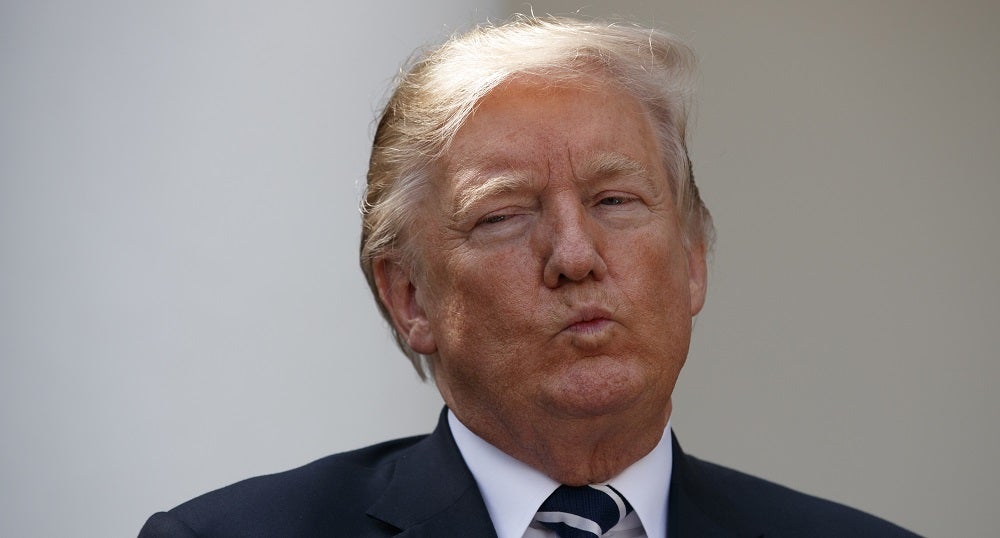 President Donald Trump claimed during an Oval Office event Friday that the U.S. is developing a “super duper missile” to compete against America's adversaries.

“We're building, right now, incredible military equipment at a level that nobody has ever seen before. We have no choice with the adversaries we have out there,” the president said.

“We have, I call it, the 'super duper missile,'” Trump continued. “I heard the other night, 17 times faster than what they have right now, when you take the fastest missile we have right now. You've heard Russia has five times and China's working on five or six times. We have one 17 times, and it's just gotten the go-ahead.”

Secretary of Defense Mark Esper nodded along as the president spoke but did not provide any details.

"I call it the super duper missile"

Trump explaining how he describes a missile being developed by the Space Force that is travels at a speed 17x faster than current missiles. pic.twitter.com/bFmJj2slIJ

Asked for more information on what exactly the president was talking about, Pentagon spokesman Jonathan Hoffman said: “I'm going to have to refer you back to the White House on that. I don't have any information to give you on that.”

Insider contacted the White House for clarification but has not yet received a response.

“We have the super-fast missiles — tremendous number of the super-fast. We call them 'super-fast,' where they're four, five, six, and even seven times faster than an ordinary missile,” he said at the time.

“We need that because, again, Russia has some,” he continued. “And China, as you know, is doing it.”

It is unclear to what specific weapon the president may have been referring in his comments, but the U.S. is developing hypersonic weapons, a key area of competition with Russia and China.

While the name references speed, hypersonic missiles are not deadly because of their speed, which is actually a little slower than ballistic missiles, but because they can maneuver and fly along unpredictable flight paths, giving them the ability to skirt defenses.

The U.S. conducted a hypersonic glide vehicle test in March, verifying a design that will be used to develop weaponry expected to come online in coming years.