The Army has released new footage from the hypersonic missile test it executed with the Navy back in March, the first public look at a U.S. military hypersonic glide body in action from launch to impact 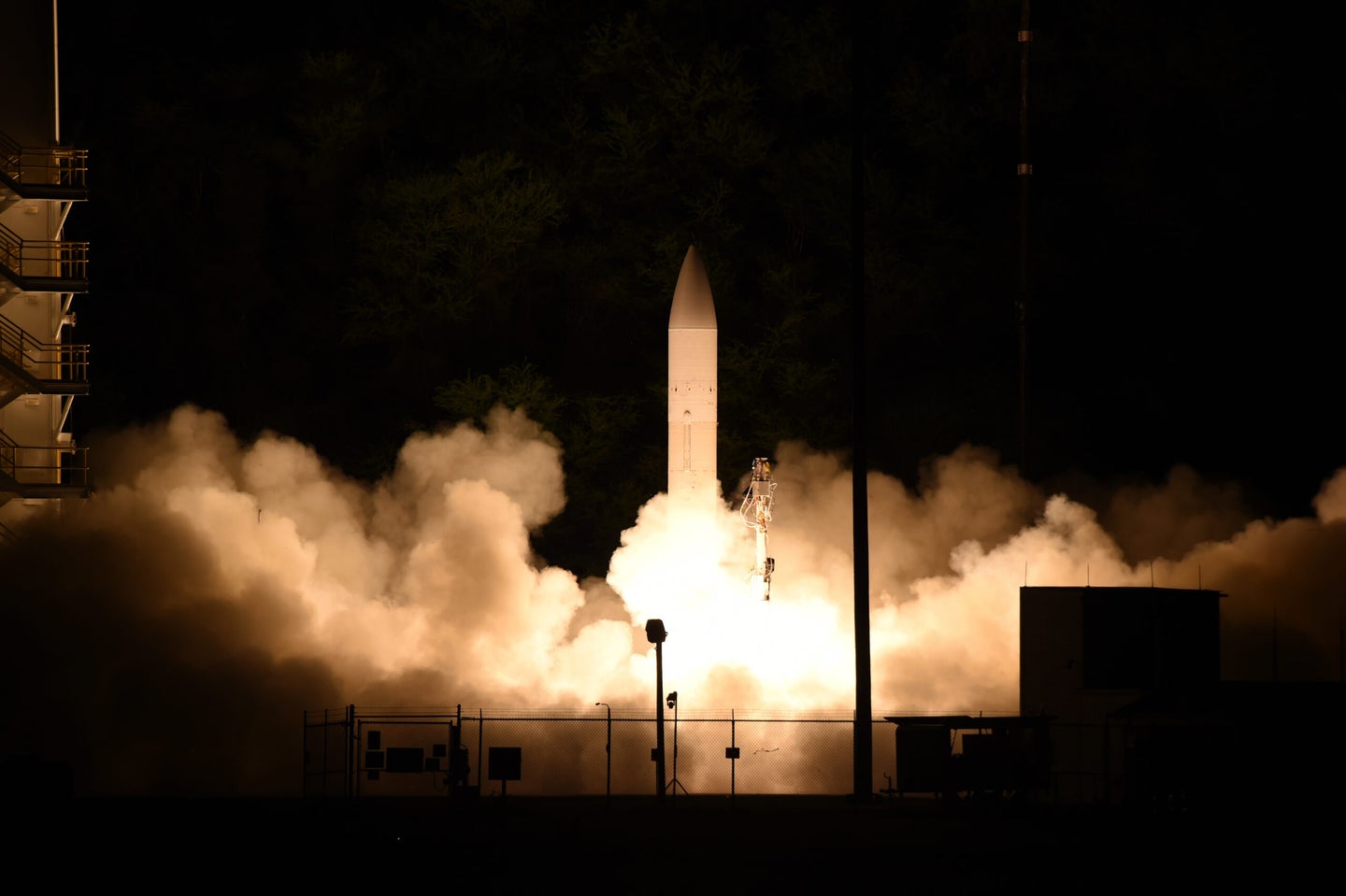 The Army has released new footage from the hypersonic missile test it executed with the Navy back in March, the War Zone reports, the first public look at a U.S. military hypersonic glide body in action from launch to impact.

The footage of the missile — which President Donald Trump has referred to in the past as a “super duper missile” — was unveiled by Army hypersonics chief Lt. Gen. L. Neil Thurgood during a virtual event as part of the annual Space and Missile Defense (SMD) Symposium on Tuesday.

The footage opens with the launch of the test hypersonic glide body from Pacific Missile Range Facility in Kauai, Hawaii on March 19, a test referred to as Flight Experiment 2 in reference to an earlier launch that took place back in October 2017.

While video of the launch was previously released to the public, the newly-released footage also captures the flight and eventual “explosion” caused by the impact of the weapon in its target area, as Thurgood characterized it.

As the War Zone points out that it's unclear if the impact presented is the result of a warhead or simply the kinetic effect of a missile hitting the ground at hypersonic speeds.

Here's video of Thurgood narrating the launch, flight, and impact of Flight Experiment 2 during the SMD Symposium courtesy of Aviation Week's Steve Trimble:

LtGen Neil Thurgood today narrates a video of Flight Experiment-2 from March, including blast impact down range. He declines to provide accuracy, but President Trump said last month that the impact was 14 inches from the “center point.” pic.twitter.com/wnQqNiAYHS

Hypersonic weapons are a critical area of the so-called 'great power competition' between the U.S., China, and Russia, and fielding hypersonic weapons has become a top priority for the Pentagon in recent years.

Here's a brief rundown on how this hypersonic weapon in particular works, per our friends at The War Zone:

Hypersonic boost-glide vehicles, including the Army and Navy's Common Hypersonic Glide Body (C-HGB), are unpowered and typically use rocket boosters to propel them to optimal speed and altitude. After that, they glide down toward their target at hypersonic speeds within the atmosphere along a varying trajectory. They are capable of maneuvering laterally, as well.

This gives hypersonic boost-glide vehicles an unpredictable flight profile compared to reentry vehicles on traditional ballistic missiles, even maneuverable designs. This, combined with their extreme speed, in turn, makes it very hard for an opponent to defend against these weapons or reposition or otherwise take cover before they hit.

The development of hypersonic weapons has been of particular interest to Trump. In May, the president boasted that the U.S. military was “building incredible military equipment at a level that nobody has ever seen before,” including a “super duper missile” that flies “17 times faster than what they have right now.”

Thurgood didn't elaborate on the performance of the missile in the context of Trump's previous comments, according to The War Zone. But he did note that the weapon was “very accurate…over the distance that we were asked to go.”

“It gets off the pad pretty quick,” Thurgood says of the missile launch during his narration. “It gets pretty high pretty fast.”