So don't fear us, cheer us. If you ever get near us, don't jeer us, we're fearless. 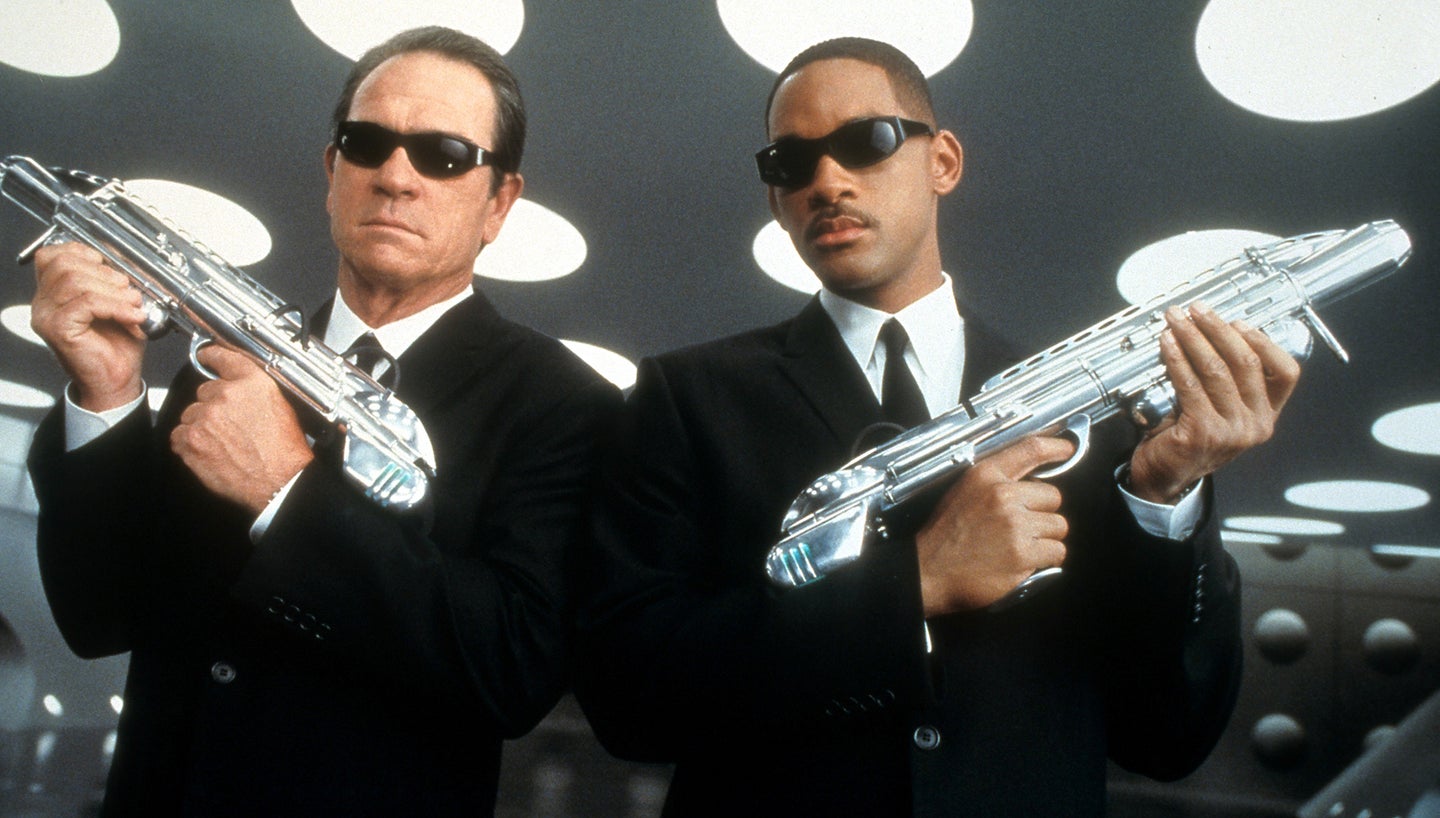 Tommy Lee Jones and Will Smith in publicity portrait for the film 'Men In Black II', 2002. (Photo by Columbia Pictures/Getty Images).
SHARE

After the Pentagon established a new group to investigate UFO sightings on Tuesday and NASA sent a rocket to smash into an asteroid in an attempt to alter its course, you can be forgiven for wondering if we’ve all managed to time travel back to the late 1990s.

In that spirit, Task & Purpose asked the Defense Department a series of 90s inspired questions about its latest efforts to determine whether so-called “Unexplained Aerial Phenomena” that violate restricted airspace pose a threat to national security.

Deputy Defense Secretary Kathleen Hicks has ordered defense intelligence officials to stand up the Airborne Object Identification and Management Synchronization Group, which will be overseen by an Airborne Object Identification and Management Executive Council that is made up of officials from the military and intelligence communities.

The acronyms for both new organizations – AOIMSG and AOIMEXEC – are only slightly less unwieldy than the worst military acronym of all time for the Commission on the Naming of Items of the Department of Defense that Commemorates the Confederate States of America or Any Person Who Served Voluntarily with the Confederate States of America, or CNIDDCCSAAPWSVCSA for short.

Much remains to be known about the Pentagon’s UFO trackers, including whether they will have to wear specific work attire – namely black suits and Ray-Ban sunglasses – to ensure they will be recognizable only as déjà vu and dismissed just as quickly. (So far, only Will Smith has managed to make that outfit look good.)

Task & Purpose queried the Pentagon on this matter and posed some related questions including:

Defense Department spokeswoman Sue Gough patiently looked at those questions, and while she did not answer them directly, she deserves enormous respect for her patience and her willingness to respond at all.

“The AOIMG will focus on proactively identifying objects in Special Use Airspace, rather than simply focusing on items that were observed but not identified,” Gough said. “This will help to ensure that we are postured to collect adequate data during the event, instead of only gathering data forensically.”

All kidding aside, the Defense Department has a legitimate interest in finding out if unidentified aircraft that pilots have reported seeing provide evidence that China and Russia have developed hypersonic technology that is much more advanced than anything in the U.S. military’s arsenal.

Hypersonic cruise missiles and glide vehicles fly at least five-times the speed of sound, or roughly 3,800 miles per hour. Unlike Intercontinental Ballistic Missiles, they don’t fly on a predictable trajectory to reach their targets and they can maneuver in flight, making them hard to track or intercept.

China has conducted hundreds of tests of hypersonic weapons in the past 5 years while the United States has only performed nine, retired Air Force Gen. John Hyten, then vice chairman of the Joint Chiefs of Staff, said recently.

“We’re not as advanced as the Chinese or the Russians in terms of hypersonic programs,” Space Force Gen. David Thompson reportedly said this month at the Halifax International Security Forum.

Of course, the Pentagon burns through more than $700 billion a year and still can’t pass an audit, so defense officials need to take a hard look at how they spend their money before they can catch up to Russia or China. (It’s clear that no one in the military is overspending on making privatized military housing or enlisted barracks clean and safe to live in.)

So, good luck to the Pentagon’s new UFO hunters! Given the Defense Department’s procurement system, you should have your first neuralyzers in 2065, as long as there are no bugs in the software.