SOCOM is officially testing out the SIG Sauer MG338 Norma Magnum chambered replacement for the M240 Bravo. Will this finally... 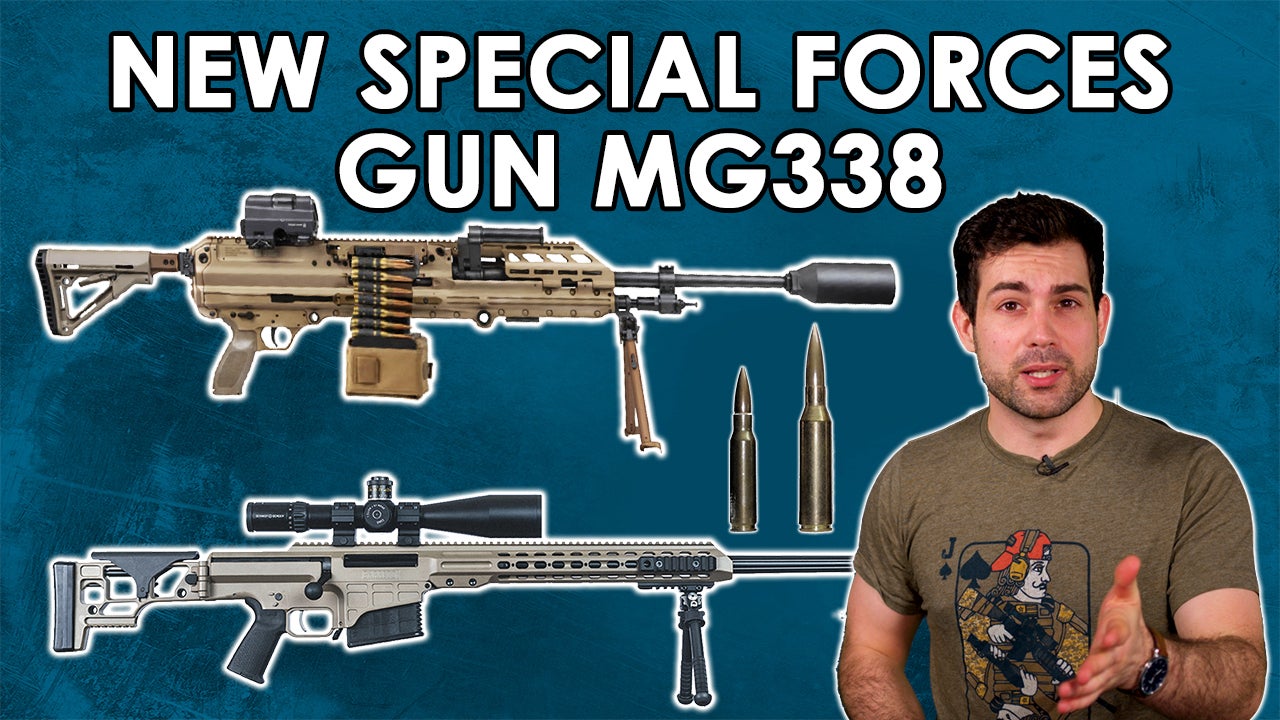 SOCOM is officially testing out the SIG Sauer MG338 Norma Magnum chambered replacement for the M240 Bravo. Will this finally be the episode where Chris Cappy will shave his arms or sell his 2004 Toyota Camry?

Are we the only ones who think the .338 Norma Magnum round sounds like a 1950's femme fetal? One thing is for sure, we'll find out some new updates about the Advanced Sniper Rifle from Barrett is chambered in the same .338 Norma Magnum ammo type. In this episode, we'll also look into the 6.5 Creedmoor. The Army and Marine Corps are eyeing the development of some new rifles.

Correction: I said the numbers wrong! It's supposed to be said “Three Three Eight” or “Thirty-Three Eight” I done goofed on that. Thank you, everyone, who corrected me and brought that to my attention. I'm still learning about these weapons. I make these videos trying to entertain everyone best I can. I'm by no means a huge weapons expert, just someone who loves military/weapons history so I will inevitably put my foot in my mouth like this occasionally.