We found it, folks: The worst military acronym ever conceived

This is a freaking mouthful. 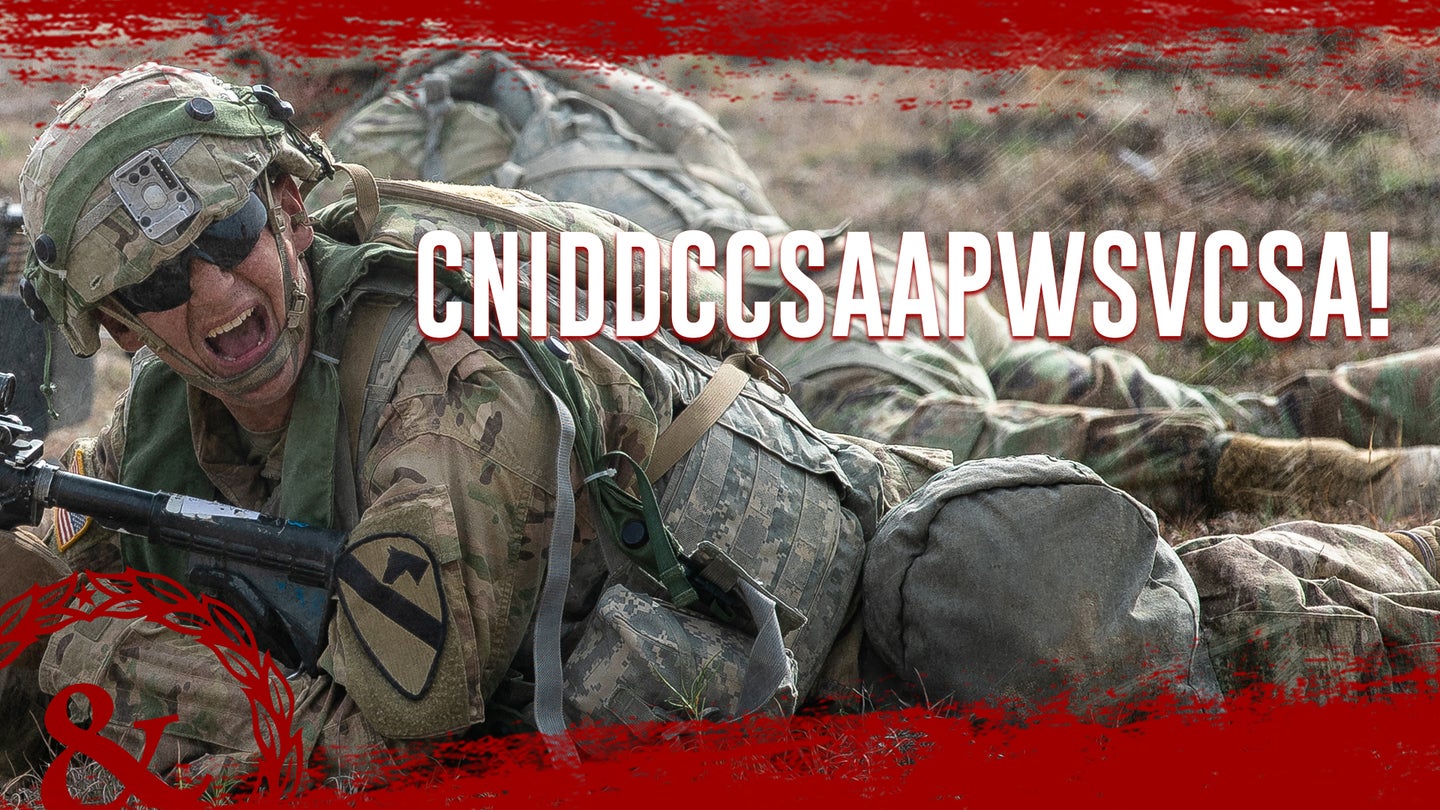 Congress may have created the worst military acronym of all time.

What a mouthful! Behold:

That’s the incredibly unwieldy name lawmakers assigned to a group of people tasked with removing Confederate symbols from U.S. military installations. According to officials, the eight-person group has now been fully assembled and will develop a plan to rename bases named for Confederate generals such as Fort Bragg and Fort Hood by January 2024.

The Army had argued for years against changing the names of its posts, since soldiers who fought against the United States during the American Civil War played a “significant” role in Army history, officials said. One even claimed the naming of installations in honor of Braxton Bragg, a general and military advisor to the Confederate president, or for John Brown Gordon, a Confederate major general and reputed leader of the Ku Klux Klan, was done “in the spirit of reconciliation, not division.”

Yet the times are changing. While a once-secret study carried out by the Army found that racism may not have played a “major role” in bases named amid World War I, several were linked to advocacy groups for Confederate veterans and naming decisions coincided with the establishment of hundreds of Confederate monuments throughout the South and the resurgence of the Ku Klux Klan, an extremist group that terrorized and murdered Blacks. And the decision to strip Confederate names from bases now has bipartisan support.

But what could — and probably should — have been called the Appomattox Commission now serves as perhaps the most unpleasant acronym in military history, and when lawmakers are going toe to toe against shorthand like USAJFKSWCSDFAC, that’s really saying something.

Still, acronyms are a constant of military life: troops learn to stand at the POA (position of attention) at basic training; they grab a bite to eat at the DFAC (dining facility); and they submit leave forms for vacation, lest they be accused of going AWOL (absent without leave). Yet even those terms are rather tame when compared to something like Boards, Bureaus, Centers, Cells, and Working Groups (B2C2WG) or DOTMLPF, which stands for Doctrine, Organization, Training, Materiel, Leadership and Education, Personnel, and Facilities.

Or how about Practical Exercise, Not Involving Soldiers. Don’t get it? Read it again slowly.

Defense Department acronyms are well documented; hell there’s even a 370-page guide devoted solely to military jargon. But there are far too many for any single human to comprehend, as a Marine named Tyler Jay Satterfield brilliantly illustrated with the beloved  ‘EAS Song’ that he performed while deployed to Iraq.

You may be thinking ‘FML’ by now. But that one isn’t in the official DoD dictionary.