Sadly, the military won’t be taking the advice of this Florida man to stop hurricanes 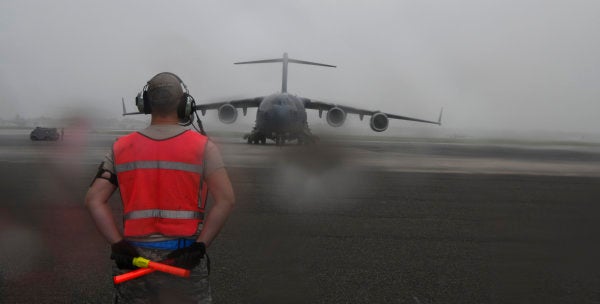 If you were online even the slightest bit this weekend, you probably saw the video of a Florida man offering his two cents on how to stop hurricanes, since apparently no one else is giving this any thought.

The man is talking about Hurricane Dorian, which has so far left a path of destruction in the Bahamas, caused Florida military bases to move planes and ships in preparation, and forced Marine Corps recruits at Parris Island, South Carolina to evacuate.

Over 5,000 Air and Army National Guardsmen have been activated as they prepare to assist wherever needed, National Guard Spokesman Master Sgt. Michael Houk said on Tuesday — but this Florida Man thinks the military could be doing something a little more…hands-on, to stop hurricanes.

From a mobile home park in Palm Bay, this man has some ideas on how the military could stop hurricanes. #HurricaneDorian pic.twitter.com/JAiFJ7QAOc

Two questions follow after watching this interview. One, why wasn't this man vetted for Secretary of Defense? And two, have the Air Force and Navy ever thought of this?

The Navy has not yet responded to request for comment from Task & Purpose on his suggestion that they drop ice into the ocean to cool down the water, and the Air Force didn't have anything further to add.

“I have nothing for you on this,” Air Force spokeswoman Ann Stefanek told Task & Purpose.

All I'm saying is, this guy might be onto something — and besides, it could be a less-dangerous alternative to, say, nuking the hurricanes.

Humor
~popular_source-pageview
hurricane dorian
hurricanes
this guy is onto something