Chuck Norris has a new TV special, so we’re going to use this as an excuse to make a bunch of Chuck Norris jokes

In July, History launched the 40-minute-long feature hosted by the star of "Walker, Texas Ranger," and the only man alive who can kill two stones with one bird. 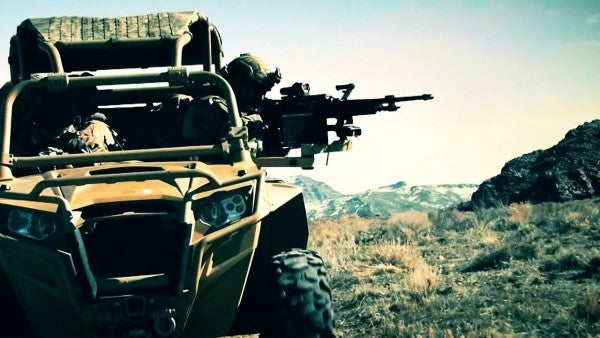 In the average American home there are 1,392 objects Chuck Norris could use to kill you, including the house itself, as well as that new flat-screen TV in the living room that you're using to watch Norris' new History Channel special: Chuck Norris's Guide to Epic Military Vehicles.

In July, History launched the 40-minute-long feature hosted by the star of Walker, Texas Ranger, and the only man alive who can kill two stones with one bird. Fun fact, every single one of the military vehicles featured on the show has been non-scientifically rated as less lethal than Chuck Norris' roundhouse kick.

For those who may not realize, in addition to being an actor, Norris is an Air Force veteran who destroyed the periodic table of elements because the only element he recognizes is the element of surprise. In the History special, Norris takes viewers on a tour of the Army's Stryker Combat Vehicle, the M1A2 Abrams Main Battle Tank, and a host of other military vehicles, like the Army and Marine Corps' new Humvee replacement: the Joint Light Tactical Vehicle.

While soldiers managed to wreck the JLTV just four days after receiving the new light-armored vehicle, Task & Purpose has heard from reliable sources that the JLTV on the set of the show wrecked itself once it became aware that Norris was interested in test-driving it.

While Chuck Norris's Epic Guide To Military Vehicles will air again on the History Channel before vanishing from memory on Sept. 4, like so many unused Chuck Norris jokes, you can still check it out online, as Military.com's Alex Hollings pointed out earlier this month.

Another fun fact about Chuck Norris' other on-screen performances is that the original title for Alien vs Predator was Alien and Predator vs Chuck Norris. However, the film was cancelled shortly after going into production because no one would pay to see a movie that was 20 seconds long.