​Marine veteran, professional mumbler, and A-list actor, Adam Driver, is taking on the CIA in a new teaser trailer for the feature-length political thriller, ​The Report. 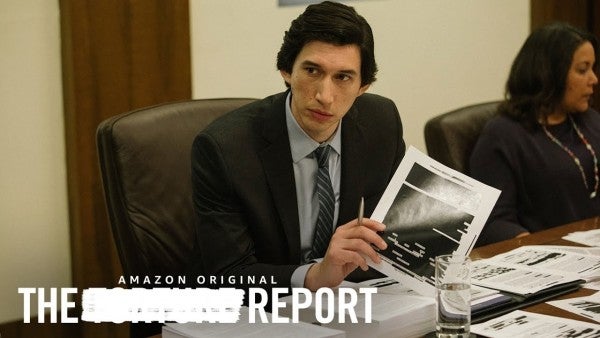 Marine veteran, professional mumbler, temper-tantrum prone Sith Lord, and A-list actor, Adam Driver, is taking on the CIA in a new teaser trailer for the feature-length political thriller The Report.

Based on actual events, the film follows Driver (Star Wars, BlacKkKlansman) as Daniel Jones, a Senate staffer for Sen. Dianne Feinstein (D-Calif.) — who's played by Annette Bening in the film. Jones is tasked with investigating why personnel with the CIA's Detention and Interrogation Program destroyed almost 100 tapes showing the agency's “enhanced interrogation techniques” in 2005, as Polygon noted in a Jan. 31 review.

It's 2019 now, so chances are most folks are at least somewhat familiar with the controversial program; the news coverage surrounding the so-called Torture Report; the denials from different corners of the government; and confusing double talk (It's not torture, we were assured: It's enhanced interrogation).

Directed by Scott Z. Burns, The Report has a star-studded cast that includes not just Driver and Bening, but Corey Stoll, Jon Hamm, Linda Powell, and Tim Blake Nelson. The film premiered at this year's Sundance Festival, before scoring a deal with Amazon to premiere on the company's streaming service on Nov. 29.

In one scene in the trailer, Jones (Driver) remarks: “They water boarded him 183 times. Everything they got from him was either a lie, or something they already had,” to which Feinstein (Bening) asks, “If it works, why do you have to do it 183 times?”

“Maybe when the report comes out, people will finally see that,” is Jones' reply.

Based on the teaser trailer, The Report seems hellbent on transporting us back to those years immediately after 9/11, maybe to remind viewers that some lingering questions didn't get the answers they deserved. Questions like: Did we torture people? Did those interrogations yield anything worthwhile? And, if so, (or if not), then at what cost?

Perhaps the film will help explain a little bit about how we got there, so we can better understand where we are now, with the Global War on Terror little more than background noise in the 24/7 news cycle, even as it inches ever closer to it's 18th birthday.

The Report will hit theaters on Nov. 15th, before arriving on Amazon Prime two weeks later on Nov. 29.