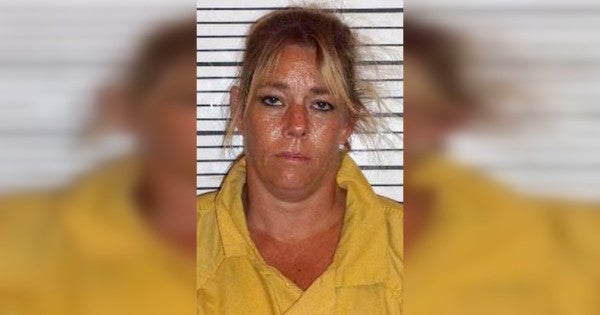 A New Mexico woman was charged Friday in the robbery and homicide of a Marine Corps veteran from Belen late last month after allegedly watching her boyfriend kill the man and torch his car to hide evidence.

There is a warrant out for Willard's arrest.

Willard's boyfriend, 37-year-old Francisco Gomez, is behind bars on charges of murder, armed robbery, tampering with evidence and arson in Gurule's death.

Gurule was reported missing after he was last seen leaving Isleta Resort and Casino in the early hours of July 27 and his car was found burned in Valencia County later that day. The couple was arrested weeks later, on Aug. 9, on fraud charges after using Gurule's credit card to buy food and shop at several stores around Belen.

According to a criminal complaint filed in Valencia Magistrate Court, Willard told Valencia County Sheriff's Office deputies that she watched Gomez shoot Gurule four times in the head during a robbery attempt in a dirt pullout west of Interstate 25.

From there deputies say Gomez loaded Gurule's body into the trunk of Gurule's own car and had Willard drive the car, following Gomez on his motorcycle to a drainage ditch near the Rio Grande, where Gomez dumped the body.

According to the complaint, the couple cleaned Gurule's car before setting it ablaze near the Manzano Expressway, and Gomez threatened to kill Willard if she told anyone.

Deputies say Willard led them to Gurule's body on Aug. 16.