Things are...about what you expected. 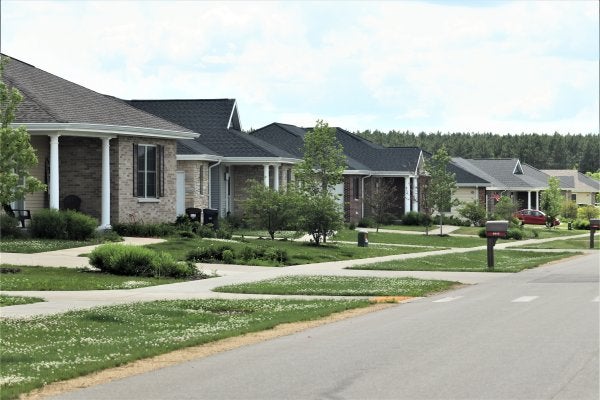 The U.S. Army Inspector General released its investigation report on privatized housing on Thursday, detailing the dismal conditions soldiers and their families have been facing while offering recommendations on how to fix them.

The Department of the Army Inspector General's (DAIG) report details how soldiers and their families had concerns over safety and environmental issues in the homes; were being kept in the dark about where work orders are going, and what kind of maintenance history their home had; and across the board — residents at every installation DAIG spoke with — felt that “property management company placed the interests of affiliate companies above life, health, and safety.”

The report also acknowledges a complete breakdown in oversight of the companies, while highlighting a perception among military families have said often — that they experienced retaliation and retribution by the housing companies for speaking out and submitting multiple work orders, something Task & Purpose has reported on previously.

One portion of the report casts doubt on something Army leaders have frequently pointed to as a way to force the housing companies to improve — withholding the companies' incentive fees. The DAIG writes in its report that this is already being done in some cases, and doesn't hold enough power to force complete change.

“Most (32 of 42, 76%) garrison commanders have, at different times, distributed less than 100% of the incentive fees to the company, however, base fees are a higher percentage of the overall fee structure and are paid-in-full regardless of performance,” the report says. “[I]ncentive fee metrics were easily achieved and diminish the intent to incentivize higher standards of performance.”

Another painfully unsurprising finding: Families who were raising complaints and filing multiple work orders say that they experienced retribution, retaliation and reprisal from the privatized companies.

“Examples from residents included additional move-out fees, fines due to yard maintenance or other discrepancies, and threats to call or involve the chain of command in various issues,” the report says. “In each case, residents described these types of actions immediately or shortly following a negative encounter with the private companies/property management team.”

The report also addressed the issue that tenants were not being made aware of the work orders that previous residents had in the homes they were moving into.

“None (0 of 49, 0%) of the locations provided residents with a work order history or a Change of Occupancy Maintenance (COM) report prior to the resident signing the lease agreement.”

The recommendations the IG made on this issue specifically includes the Resident Bill of Rights previously announced by the Department and all of the service secretaries; develop a process for a work order history and most recent COM to be provided before residents sign their lease; and more.

The DAIG also makes mention of how the private companies were not forthcoming with information, and that the Army didn't press them to receive said information.

“RCI companies were not fully forthcoming with information,” the report says. “The Company Operating Agreement…allowed the Army to conduct audits and to access all RCI-related business documents. However, based on DAIG review of management documents and inspection reports, the Army did not aggressively pursue that information when provided.”

The DAIG was directed to investigate the Residential Communities Initiative (RCI)-Privatized Housing Program in February this year; 49 of the Army's U.S. installations were investigated, including Fort Irwin, Fort Meade, Fort Knox, Joint Base Lewis-McChord, Fort Greely, Fort Wainwright, and more.

More than 200 interviews were conducted with garrison commanders, private housing property managers, Installation Management Command senior officials, and others; just under 1,500 residents were spoken with.

Many of the recommendations the DAIG made as a result are already being addressed by the Army, the service said in its report announcement, such as establishing ways to better educate leaders on their responsibilities; allow residents to track work order histories and maintenance issues; establishing 24-hour hotlines for residents; conducting satisfaction surveys; releasing a Tenant Bill of Rights; and more.

The Army has also launched a registry to help track health complaints related to military housing, and has been holding town halls across the service.

“We continue to drive change and remain steadfast in holding ourselves and privatized housing companies accountable to provide safe and secure housing on our installation,” commanding general of Army Material Command, Gen. Gus Perna, said in the Army's release.