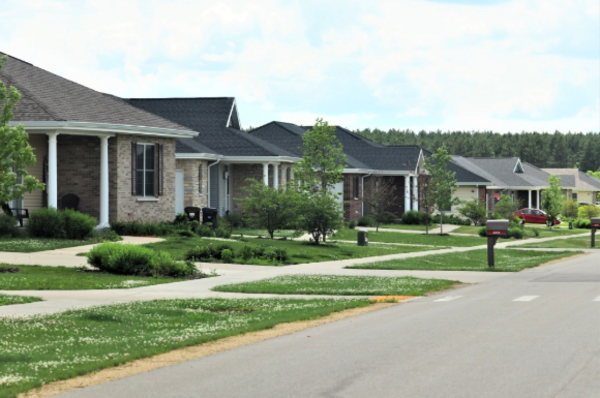 The results of a new Army housing survey show that the overall satisfaction with privatized on-base housing among military families has decreased across the service by almost 6% in 2019.

The report attributes the overall decline to “a combination of growing dissatisfaction coupled with a downward trend in overall resident sentiment upon learning that other residents had similar or greater issues.”

The report also attributes to the decline in resident sentiment to “edia reports and cited partner profits.”

The survey — conduced by RER Solutions, Inc. with CEL & Associates, Inc., at the request of the Department of the Army between April and May of this year — included forty-three Army installations with a total of 23,431 surveys received, or a 29.5% response rate.

The results of a separate survey focused on Army owned and leased housing also indicated that satisfaction rates for residents in Army-owned housing also declined overall from 2018 to 2019 (1.2 points). The most dissatisfaction was found in the value and size of the homes compared to off-base housing, and follow-up on issues.

These problems appear concentrated at a handful of bases: In the first survey, majority of Army installations surveyed (76.7%) ranked from Average to Outstanding in overall satisfaction ratings, with Forts Greely, Huachuca, and Picatinny Arsenal ranked as the top three best-scored installations.

The housing company with the lowest total scores was Corvias' family housing with a 67.0 overall score, a 65.0 property score, and 67.6 service score. According to the report, “Corvias as a whole had the highest rate of decline at -11.3 points for the Overall score.”

The next lowest-scoring company was Balfour Beatty.

Satisfaction Indexes by Partner.Screenshot of the CEL & Associates, Inc. Report

“Corvias received the recent survey results and while it was taken before significant improvements in our property management operations were made, we are using it—as well as direct resident feedback—to continue to make improvements,” Corvias spokeswoman Kelly Douglas told Task & Purpose. “We want to hear from residents and we are listening and responding, providing better service and working with our Army partner to meet both the short- and long-term military housing infrastructure needs.”

Privatized housing has come under scrutiny in both the Pentagon and in Congress in recent months, and military leaders and lawmakers wrestled with how to improve living conditions for service members and their families follow groundbreaking reports on horrific conditions, including mold, pests, and more on military bases.

Officials have taken a number of steps since the beginning of the year to improve conditions. The Army launched a registry to help track health complaints that stemmed from housing conditions; the service leaders instituted a Tenant Bill of Rights to help put more power in the hands of service members; lawmakers have even mused about criminal investigations into contractors and their business practices.

“Feedback from residents is extremely valuable for measuring and improving the quality of housing on Army installations,” said Alex Beehler, Assistant Secretary of the Army for Installations, Energy and Environment. “The results of this year's survey will be used to continue identifying the concerns of our residents, and will guide Army staff and the private housing companies on ways we can improve the quality of life for our Soldiers and their families.”

SEE NEXT: Private Housing Companies Are Forcing Military Families Into Silence If They Want Their Problems Addressed