"The norm of managing through challenges, no matter their severity, is deeply established in military family life." 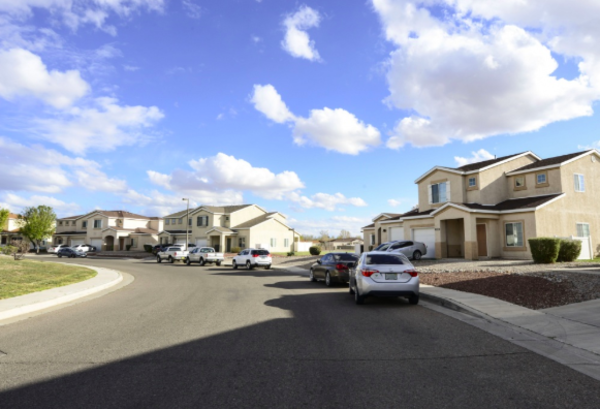 A new survey of thousands of military families released on Wednesday paints a negative picture of privatized military housing, to say the least.

The Military Family Advisory Network surveyed 15,901 adults at 160 locations around the country who are either currently living in privatized military housing, or had lived in privatized housing within the last three years. One of the report's primary takeaways can be summarized in two lines: “Most responses, 93 percent, came from residents living in housing managed by six companies. None of them had average satisfaction rates at or above neutral.”

What's behind these responses? MFAN points to the “culture of resilience” found in the military community for why military families may be downplaying the severity of their situations, or putting up with subpar conditions.

“[Military] families will try to manage grim living conditions without complaint,” MFAN says in its report. “The norm of managing through challenges, no matter their severity, is deeply established in military family life.”

The top three overall issues that the survey's respondents reported were maintenance, repairs or mediation (56.8%); mold (29.9%); and filth in homes (24.7%). Of the respondents, almost 800 people attributed “deteriorated health to the environments in their homes.”

Conducted from January 30 to February 6 of this year, the survey gives a general idea of the state of military housing six months after Reuters' bombshell investigation brought the housing crisis to the forefront of military issues.

MFAN says in its report that the SASC asked the organization “for input from military families regarding privatized military housing.”The report was “entered into evidence in its subcommittee hearing,” which took place on February 13, 2019. Since the survey was conducted — and the issue came under heavier scrutiny from the Senate Armed Services Committee — a number of efforts to improve housing has been undertaken by Congress and the Defense Department.

The problems with privatized housing can't and won't be fixed overnight, and MFAN says as much, identifying the intent of the survey to “understand and evaluate” housing issues.

But the service secretaries, along with Congress, have made a number of steps hoping to clean up the mess. The Army established a registry to help track health concerns that arose due to housing problems; the Secretaries put forward a Tenants Bill of Rights, aiming to put more power into the hands of the service members and their families; SASC members have proposed legislation that would increase oversight; and Sen. Richard Blumenthal (D-Conn.) has even called for a criminal investigation.

Sens. Jim Inhofe (R-Okla.) and Jack Reed (D-R.I.) said in a Stars and Stripes op-ed published on Monday that it's “time for lasting, legal change that provides military families — the backbone of our national defense — with the relief and stability they deserve.”

In the Senate's draft of the 2020 National Defense Authorization Act, released on Thursday, three provisions are laid out as means to improve military housing: the Tenant Bill of Rights; “new quality assurance and quality control measures and increasing health and hazard inspections;” and giving an additional $301.8 million to ensure installations have “the necessary government house personnel to implement thorough oversight and planning measures.”

In a statement provided to Task & Purpose, Lincoln Military Housing CEO Jarl Bliss said that results of the MFAN survey “of less than eight percent of residents is in sharp contrast to the thousands of independent surveys that a majority of Lincoln residents completed in 2018 that consistently showed high satisfaction.”

Corvias spokeswoman Kelly Douglas told Task & Purpose that “4% of our resident population … participated in the survey.” She also pointed to a press release Corvias sent out on Tuesday, which listed a number of improvements Corvias is undertaking. Per the release, “Corvias has earned a high (4.42 on a scale of 1 to 5) satisfaction rating on completed work orders,” and has a satisfaction rating with new residents of 4.46 on the same scale.

Hunt Military Communities spokeswoman Cindy Gersch said that Hunt is “fully committed to doing everything we can to address our valued residents' needs,” and “takes the responsibility of serving those who serve and sacrifice so much for our country extremely seriously.”