Congratulations! You’ve just received orders to Fort Meade, Maryland! On initial glance, you might be less than thrilled, as the... 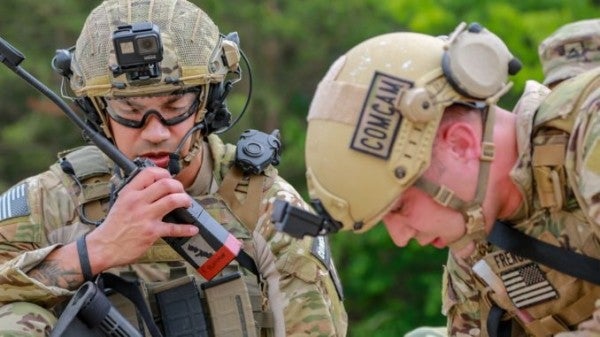 Congratulations! You’ve just received orders to Fort Meade, Maryland! On initial glance, you might be less than thrilled, as the base might seem a little bit out of the way. But Fort Meade is close to so much, and an easy day trip into Washington, D.C. so you can get your history fix. There are lots of opportunities for adventure in Maryland for those lucky enough to call Fort Meade home.

WHERE IS FORT MEADE MARYLAND?

You will find Fort Meade tucked into Maryland bordered by the Baltimore-Washington Parkway, which is a major roadway through the surrounding states. Meade is about 45 minutes from Washington, D.C. and about 30 minutes from Baltimore. Granted, this is without traffic, which is probably the biggest adjustment you might have to make depending on where you are coming from. The post is the largest employer in Maryland and is the second largest installation (employee population) in the Army.

Fort Meade is home to the Defense Intelligence School, the National Security Agency (NSA), the United States Army Field Band and the United States Cyber Command. Meade also happens to be a storage facility for the Library of Congress and houses 13 separate collection modules on base for various collections. In 2017, Ft. Meade celebrated 100 years and the role the post played in military history over the years, including being a significant part of the Cold War defense.

Fort Meade housing is privatized and managed by Corvias Housing. You will find six housing communities with homes ranging from 3-4 bedroom townhomes to 3-4 bedroom historic homes which are typical East Coast brick homes. Fort Meade housing also includes several accessible floor plans, which is a nice addition to your choices. Corvias neighborhoods on-post have fitness centers, community meeting areas and pools. A unique addition to the Fort Meade Corvias community is a community garden. Garden plots are available on a first come basis.

The high cost of living you might expect for the East Coast in general isn’t necessarily true in the Fort Meade area. The median home price for Ft. Meade, MD is $101, 600. Home prices in the surrounding areas run anywhere from $200,000 to $430,000, which is very reasonable for the area surrounding the nation’s capital. BAH for enlisted ranges from $1692 without dependents to $2670 with. Officers will receive anywhere from $2190 – $3000, so your BAH can truly go a long way if you’re smart about it.

On-post, families have access to the USO, an Airman, and Family Readiness Center, Kimbrough Ambulatory Care Center, MWR services, Midway Common Community Center, many parks, a designated dog park, as well as an Exchange and Commissary.

Ft. Meade is also unique in that it offers schools for all grade levels on-post operated by Anne Arundel County Public Schools. Early Childhood Education Centers provide Pre-school and Kindergarten education. One offers preschool through fifth grade and two service 1st -5th grade levels. In many of the counties in Maryland and Virginia, middle school is 6-8th grade, and this is no different on Fort Meade. There are two on-post middle schools and one high school, which offers IB classes (International Baccalaureate), Jr ROTC and other specialized military services and programs.

What can you expect as far as weather? In true East Coast fashion, you can expect mostly two seasons, winter and summer, with a sprinkling of spring and fall. Warm and humid summers will keep you at the beach or pool. Make sure to invest in some quality snow gear for the whole family! The good news is that you are in the perfect location to experience a stunning East Coast fall with some of the most beautiful leaf changing seasons in the area!

Music festivals, delicious seafood, and outlet shopping are just some of the highlights of being assigned to Ft. Meade. The Naval Cryptologic Museum located near the NSA, the houses artifacts that showcase the history of the cryptography profession. It is the first public museum in the intelligence community.

The Fort George G. Meade Museum is a wonderful way to learn about your duty station. It houses artifacts showcasing the history of the post, as well as housing tanks, armored personnel carriers, and a Nike “Ajax” missile.

You are just a short car ride from D.C.! Get out and experience all there is to do right in the area. Learn more about Northern Virginia and Washington D.C. And do explore the unique history of Maryland!

The details surrounding the assassination of President Lincoln has always interested history buffs. If you’ve heard the phrase, “His name is mud” then you should probably learn about Dr. Mudd, a man involved in the assassination but to what extent is up for debate. Visit his home and learn his story.

Visit the famous Fort where Francis Scott Key reportedly witnessed the scene that inspired the Star Spangled Banner. Spend the day at Fort McHenry learning about the founding and building of our nation and the part that American statesman James McHenry played. McHenry was a Scots-Irish immigrant and surgeon-soldier. He served as a delegate to the Continental Congress from Maryland and was a signer of the United States Constitution.

Fort Washington was constructed to protect the river entrance to Washington, D.C. Bring a picnic lunch, check the schedule of events and catch a re-enactment and learn about the history of the Fort and the part it played through WWII.

Named one of the best aquariums in the country by the Travel Channel, experience the National Aquarium’s favorite resident – the 3-legged giant turtle! Don’t miss the 4D Shark experience and the enormous multi-floor aquariums. It is an incredible experience and worth the trip!

RIPLEY’S BELIEVE IT OR NOT

Located within walking distance of each other in Baltimore’s Harbor, are four historic ships that are worth the visit. You can see the USS Constellation which dates back to the 1700s, a U.S. Coast Guard Cutter, a WWII submarine and one of the last lightships to remain active.

The area is also home to some regular events and festivals that draw quite a crowd. The Preakness, one of the nations largest, single day, sporting events; the Ocean City Air Show; Annapolis Art Week; County Fairs; crab feasts; the Renaissance Festival of Maryland; and so much more. Visit the Maryland Tourism page to read about all the special events and festivals.