Welcome to the home of America’s Tank Division and the Army’s Sergeant Major Academy, where the sunsets are truly stunning... 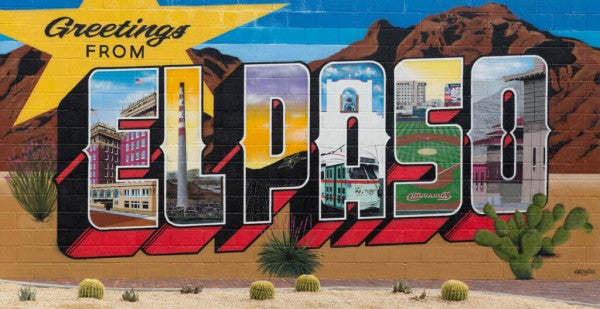 Welcome to the home of America’s Tank Division and the Army’s Sergeant Major Academy, where the sunsets are truly stunning and the locals are genuinely kind. The second-largest base in the Department of Defense, Fort Bliss is made up of 1.12 million acres. It boasts the Army’s largest training area, and supports more than 160,000 service members, civilians, dependents, and retirees.

Those who’ve been stationed here for a while have a saying, “People come to El Paso crying, and they leave El Paso crying.” Kind of a strange way to think about your next duty station, but it’s true. In the past, Fort Bliss hasn’t had the best reputation so some families might not be too happy to find out they’re PCSing here. But once you settle, meet new friends, and realize the amazing quality of life here, you’ll be devastated to leave.

WHERE IS FORT BLISS TX?

Main Fort Bliss sits roughly in the center of the metropolitan area of El Paso, Texas. Sun City, as El Paso is commonly known, is truly a border town. Located in El Paso County along the banks of the Rio Grande in west Texas, El Paso shares a border with Mexico to the south and New Mexico to the north. It’s so far west in fact, it’s the only city in Texas on Mountain Standard Time. The city of Juárez, Mexico, is about 7 miles from Fort Bliss. You’ll travel 230 miles to Albuquerque, N.M., 263 miles to Tucson, Arizona, and 300 miles to Lubbock, Texas. Fort Bliss is so large it encompasses four ZIP codes (79906, 79908, 79916, and 79918).

Depending on the time of year, wait times for on-base housing can be lengthy, so some families choose to buy or rent off post. Many newcomers worry about crime rates and safety due to past misconceptions. The fourth-largest city in Texas with 139 ZIP codes, El Paso is considered one of the safest big cities in the U.S.

Housing options abound in three main areas around El Paso: the Westside, the Northeast, and Eastside. The Westside is located farthest from the installation and typically runs higher in rent and home sale prices. Residents here cross over Transmountain Road or drive around the mountain on congested Interstate 10 to get to the installation. The trip can take up to 30-plus minutes, depending on traffic. The Northeast side is less popular because of the older and therefore smaller homes, but is closest to main post. The Eastside and Far East are quickly growing in popularity. There are new residential communities and retail stores being built each year.

If you’re considering buying or renting off base, check out the Housing Services Office on Carter Road. They can review your lease, and can even mediate landlord complaints. Also, you can read neighborhood reviews written by fellow military families at PCSgrades.com.

Simply put, El Paso is hot, dry, and often windy. The city averages 297 sunny days each year, and the average temperature in June is the highest at 96 degrees. The lowest temperatures can hover around 33 in January. It’s rare to see snow during a brief winter, but when the flakes fall, the city all but shuts down. Another pesky weather worry is wind. The time-frame varies, but typically from February until early June, the wind kicks up as high as 11 mph. Gusts can go much higher, sometimes up to 50 mph. It doesn’t sound terrible until you see trampolines, grills, and lawn furniture flying down the street!

El Paso is 3,740 feet above sea level. The high elevation means newcomers from lower altitudes may experience shortness of breath or headaches, until they acclimate. Drinking plenty of water is an absolute must, especially during the summer months.

El Paso has experienced record-high resale home prices in recent years. The median home value averages around $150,000. What does that mean to you? Your BAH will stretch quite far, depending on which neighborhood you settle in. Those choosing to reside on the Westside likely will pay more when purchasing or renting a home compared to surrounding areas.

You’ll never find anything like it at another Army installation. It’s a one-of-a-kind outdoor shopping center with an array of 25 dining options, along with 11 retail stores. Where else will you find an Arby’s, Buffalo Wild Wings, Chipotle, Starbucks, Texas Road House, Smash Burger, or Dairy Queen on an Army base? And that’s just a smattering of food choices. Freedom Crossing also boasts an Under Armor store, Dollar Tree, nail salon, an interactive fountain for kids to splash around in, multiple hair salons, seasonal pop-up stores like Spirit Halloween, an outdoor fireplace and patio area, children’s play area, a no-kidding movie theater with stadium seating and your pick of first-run movies, a dry cleaner, summer concert series, an eye care center, and a UPS Store.

Freedom Crossing isn’t the only place on post where you can eat, shop, and find services usually only found on the economy. The installation has one commissary; many shopettes and several mini-food courts; a main Exchange at Freedom Crossing and multiple mini-Exchanges throughout main, East, and West Fort Bliss; a Firestone Auto Care Center, a Dunkin’ Donuts drive-thru, two Starbucks, and more.

Whether you’re visiting friends stationed at Fort Bliss, just traveling through, or moving to or from the installation, you have several choices for on-post lodging: IHG operates a number of Holiday Inns across the post, as well as a brand-new Candlewood Suites located near a 24-hour gate.

William Beaumont Army Medical Center is the main hospital serving Fort Bliss. There are an additional six medical clinics and pharmacies located on and off post to serve service members, their families, and retirees.

Of course, due to its proximity to Mexico and New Mexico, everyone assumes all you can find to eat in El Paso is Mexican and Tex-Mex food. Well folks, it’s 2019, and El Paso has so much more to offer. Of course, traditionalists can find authentic Mexican and Tex-Mex fare at local favorites Kiki’s, L&J Cafe, and Los Bandidos de Carlos & Mickey’s, but foodies also can dine in high-style at Anson 11, Café Central, Park Tavern, and Mesa Street Grill. Those looking for a more low-key experience can choose from a plethora of food trucks (the city keeps a list of food trucks here) or one of the many local hot spots like Salt + Honey Bakery Café for local organic food, Tabla for tapas, or The Hoppy Monk for a local brew.

Most insist that everyone who passes through town must experience Cattleman’s Steakhouse, which sits about 30 minutes away from El Paso. It’s not only a place to have a meal, but you can see ranch animals, visit the Movie Tribute Wall to see which Hollywood blockbusters were filmed on the ranch, and after your meal, visit the zoo and playground located on the property.

For those military families used to relying on Amazon to get the most basic essentials, they’ll want for nothing while stationed at Fort Bliss. Beyond shopping within the city center at Cielo Vista mall, there is the Fountains at Farah outdoor shopping mall, and many other smaller shopping centers around town. Bargain shoppers can take advantage of The Outlet Shoppes at El Paso. Cooks and health-conscious foodies can find a plethora of organic and pesticide-free offerings at the many farmers markets located throughout El Paso. Some are even open year-round.

For after-hours fun, those who want a little scare can participate in one of many downtown ghost tours. If getting spooked isn’t your thing, check out Dave & Buster’s, Alamo Drafthouse Cinema, Topgolf, or the new Red Door Escape room.

The city and surrounding areas are a dream for those who love outdoor recreation. With so many sunny days and warm temperatures for most of the year, those who love to explore the great outdoors won’t be disappointed by what the area has to offer.

Franklin Mountains State Park is a great first stop for those who want to get a lay of the land. The scenic overlook provides perfect views of El Paso’s famous sunsets. Visitors can hike and mountain bike more than 100 miles of trails. The park also offers campsites, rock climbing in McKelligon Canyon or Sneed’s Cory, bird and nature watching, and geocache hunts.

Sports fans will delight in the options offered in El Paso. The city has minor-league baseball (the beloved Chihuahuas), ice hockey (Rhinos), and soccer (El Paso Locomotive FC) teams. Like the city, the sports teams are military-friendly and frequently host military appreciation nights. A very popular hail & farewell option for military units is watching a Chihuahuas game from the new “Wooftop Deck.”

The University of Texas at El Paso calls the city home, so college sports fans can cheer on the Miners in a variety of sports, including basketball, golf, football, and soccer.

At the end of each year, all eyes turn to El Paso for the Hyundai Sun Bowl. Fort Bliss typically gets free tickets for service members and their families to attend this annual event.

Believe it or not, this border town doesn’t lack access to the creative arts. El Paso is home to the Tom Lea Institute (a native El Pasoan and renowned muralist and war correspondent), El Paso Symphony Orchestra, and the El Paso Plaza Theater which frequently hosts Broadway shows. A long list of museums includes the Holocaust Museum and Study Center; Museum of Art (recent winner of the National Medal for Museum and Library Services); National Border Patrol Museum; Museum of Archaeology; Mission Trail Museum; and Museum of History.

El Paso has its share of fun and creative festivals each year. Here’s a taste of what to expect:

JUST A SHORT DRIVE/FLIGHT AWAY

Here’s are some suggestions for exploring the area over a long weekend:

(46 miles away) This town is home to the historical site where Billy the Kid stood trial and was convicted of his infamous crimes. The old courthouse now is a gift shop. The city also has eclectic shopping options, ghost tours, and museums.

(108 miles away) Locals flock to Cloudcroft anytime during the year for fresh air, greenery, and trees! During the winter months, visitors frequent Ski Cloudcroft resort for its 25 ski trails.

(118 miles away) Formerly known as Hot Springs, N.M., this town gained national fame in 1949 when the then-popular game show “Truth or Consequences” celebrated its 10th anniversary by finding a city willing to change its name to Truth or Consequences. Citizens of Hot Springs, N.M., voted in a special election to change the city’s name in 1950. Today, tourists can still visit the hot springs and enjoy ecotours, outdoor activities, site seeing, and local entertainment.

(139 miles away) Ski Apache, Inn of the Mountain Gods, Fort Stanton, and Lincoln National Forest are just a few of the highlights of this popular tourist destination.

(168 miles away) As the name suggests, Carlsbad Caverns is a group of limestone caves dating back almost 300 million years, with two different trails, both the same distance of 1.25 miles.

(260 miles away) Held each year in early October, this event pulls crowds from all over the U.S. and is the largest balloon festival in the world with more than 500 hot air balloons launching each year.

Just a short and inexpensive direct flight away, Sin City is a huge draw for those who want to get out of town for a long weekend.