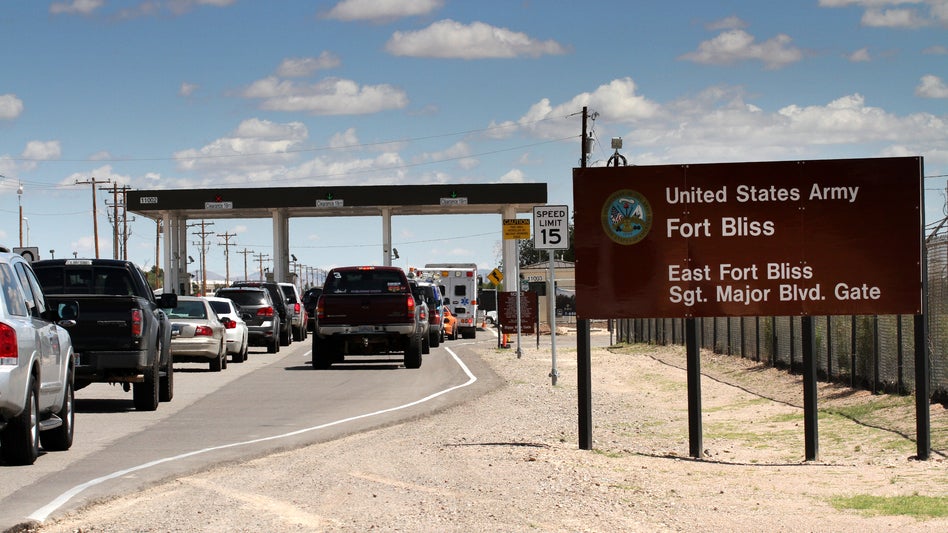 A Fort Bliss sergeant stands charged with shooting a former Bliss soldier to death during a bar brawl last week.

The City of El Paso, Texas, announced on Thursday that local police had arrested 23-year-old Sgt. Marcus Lamar Hill for shooting 26-year-old Darion Marquez Williams during a fistfight in the parking lot of a downtown bar.

Police arrested Hill and another NCO, Sgt. Brandon Rishad King, at a traffic stop shortly after Williams was pronounced dead at a local hospital, the release stated.

King was charged with unlawfully carrying a handgun and released, while Hill is currently being held on $750,000 bond, according to the release.

Fort Bliss spokeswoman Lt. Col. Allie Payne confirmed to Military.com that Hill and King were both assigned to Bliss and that Williams had completed active-duty this past January.

“This behavior is an affront to the values of the U.S. Army,” Payne told Military.com in a statement. “Our sympathies are with those affected by this terrible incident.”

The court-martial of 24-year-old Pfc. Luis A. Morales-Sanchez began in late January for a laundry list of offenses, including two counts of murder and eight counts of assault.

In October, Capt. Clevy Muchette Nelson-Royster, 27, was arrested in connection to the murder of Capt. Malcolm Xavier Perry as the result of a vehicle ramming earlier that month.