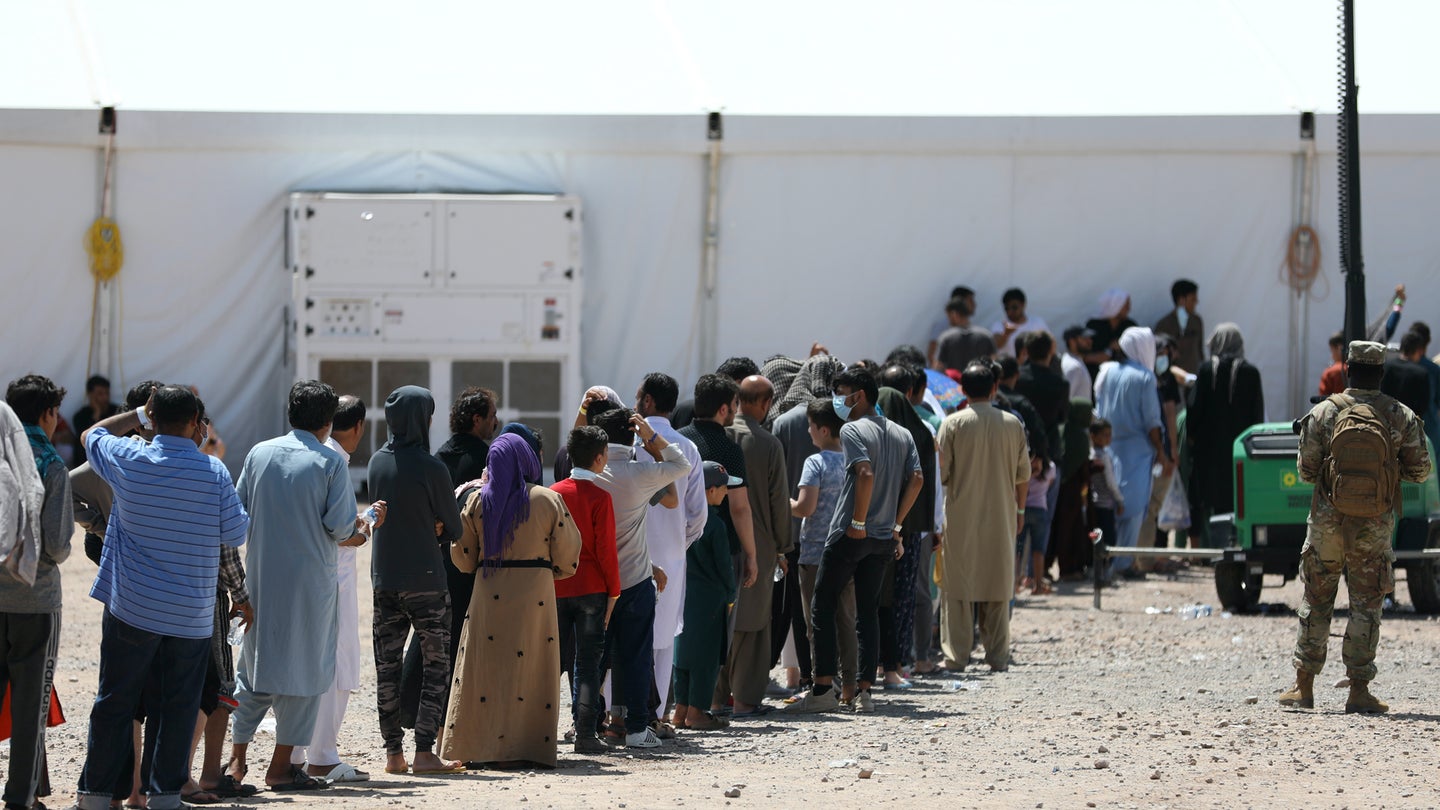 Army officials are increasing security measures at Fort Bliss’ Doña Ana Complex after a female soldier reported being assaulted by “a small group of male evacuees” on Sept. 19.

“We can confirm a female service member supporting Operation Allies Welcome reported being assaulted on Sept. 19 by a small group of male evacuees at the Doña Ana Complex in New Mexico,” said Lt. Col. Allie Payne, a Fort Bliss spokeswoman. “We take the allegation seriously and appropriately referred the matter to the Federal Bureau of Investigation. The safety and well-being of our service members, as well as all of those on our installations, is paramount.”

The FBI office in El Paso confirmed on Monday that they have “received the referral from Fort Bliss and the office is investigating the allegation.”

Payne said that immediately after the soldier reported the incident to military police, she was provided medical care and counseling services. Fort Bliss also conducted an “in-depth review of our already in-place protocols to avoid these situations,” and has since begun implementing further security measures, including additional lighting, installed security cameras and monitoring systems, enforcement of the buddy system, and increased health and safety patrols. The Doña Ana Complex, roughly 25 miles away from Fort Bliss in New Mexico, is a training range typically used for live-fire training maneuvers and scenarios.

Fort Bliss, based in El Paso, is one of several U.S. military installations being used to house Afghan evacuees who were flown out of Afghanistan in the wake of the Taliban’s takeover of Kabul. Roughly 10,000 Afghans are staying at Fort Bliss while they go through medical and security screenings, according to the Associated Press.

Other instances of crime have also been reported at Fort McCoy, Wisconsin, where two Afghan evacuees were indicted by a federal grand jury, the Justice Department announced last week. One 20-year-old individual was charged with attempting to engage in a sexual act with a minor by using force, and faces three counts of engaging in a sexual act with a minor, with one of those counts alleging the use of force. The charges allege that the victim was not yet 16 and was at least four years younger than the individual charged.

Another Afghan evacuee at Fort McCoy was charged with allegedly strangling and suffocating his wife on Sept. 7.

While some news pundits and lawmakers have raised questions about the security screening the evacuees are going through before coming to the United States, government officials have stressed that there is an extensive vetting process in place. Over 130,000 people were evacuated out of Afghanistan. The majority of evacuees were taken to third-party countries where they went through biometric screening and were vetted across multiple agencies and the National Counterterrorism Center.

“We have intelligence and law enforcement personnel at these sites making sure a robust screening is done of these individuals so that nobody comes into the United States that hasn’t been screened in a robust manner,” Pentagon spokesman John Kirby said of processing facilities outside the U.S.

After arriving at military installations in the U.S., evacuees receive “a full medical screening, and … a variety of health care services and assistance in applying for things like work authorizations,” a senior administration official, speaking on condition of anonymity, told reporters in August. The official added that evacuees are connected with resettlement organizations partnered with the U.S. government “to help individuals exactly like this begin and settle into new lives in America.”

“This is a complex process overall,” the official said. “And all of us in government are aware that the steps I’m describing follow a harrowing journey here. Our goal as a government is to safely and efficiently welcome these individuals, while taking all appropriate safety and public health measures.”