Here’s where evacuees are going after leaving Afghanistan

“The people we’re helping are going to be joining our American family." 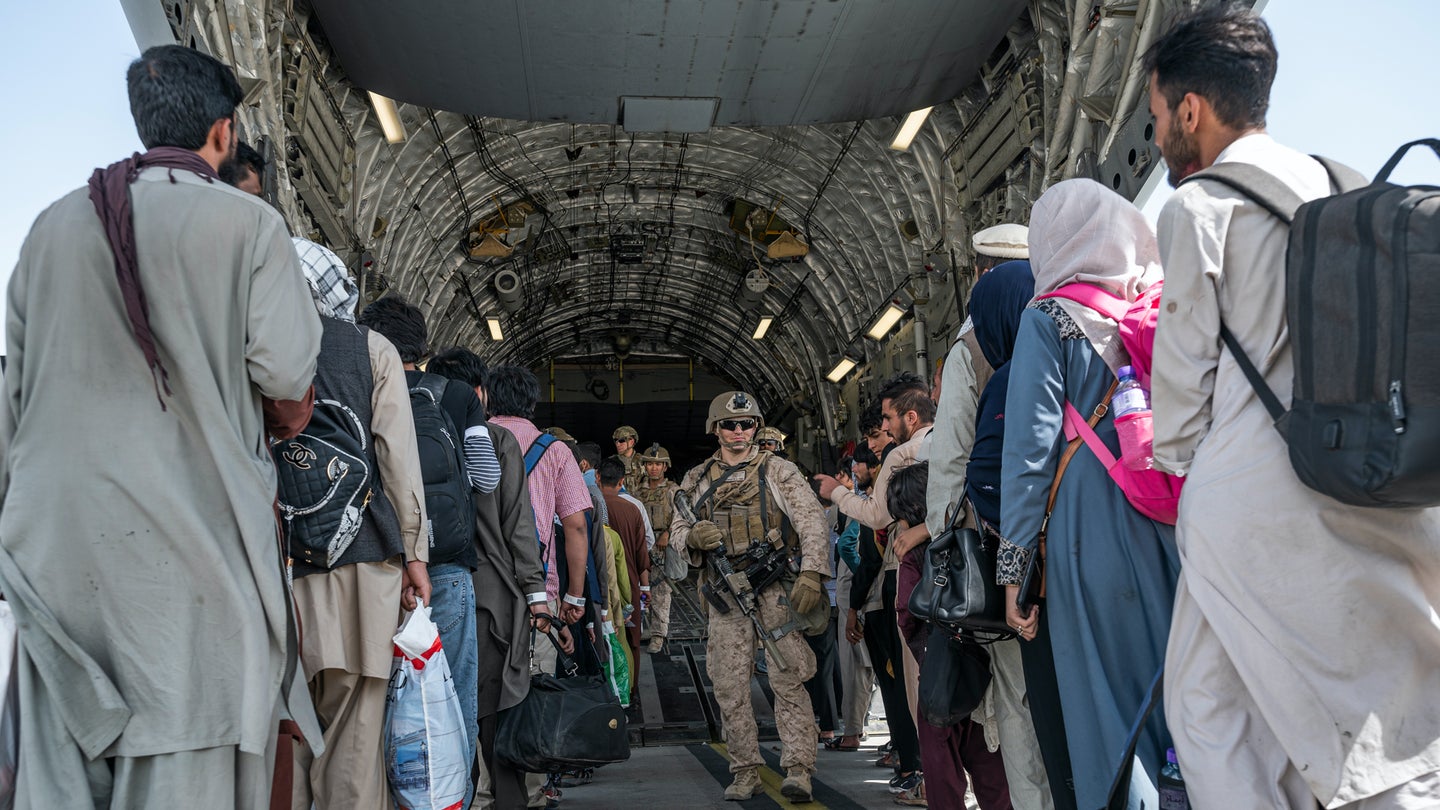 At least four U.S. military installations will be used to temporarily house Afghans arriving in the United States.

Joint Base McGuire-Dix Lakehurst, New Jersey, is joining Fort McCoy, Wisconsin, Fort Bliss, Texas, and Fort Lee, Virginia, in housing Afghans who are being evacuated from Kabul, Maj. Gen. William “Hank” Taylor, the joint staff deputy director for regional operations, said on Monday.  Taylor said currently, the installations are hosting around 1,200 evacuees. In total, roughly 37,000 people have been flown out of Afghanistan since evacuation efforts began on Aug. 14.

“We know more hard work remains in the coming days and we are absolutely prepared to meet that challenge,” Taylor said.

The evacuation of vulnerable Afghans from Kabul in the wake of the Taliban’s takeover ramped up over the weekend, with the Pentagon surpassing its expectation for how many people would be evacuated in a day. Last week, Taylor said the Pentagon’s “best effort could look like 5,000 to 9,000 passengers departing per day.” But he announced on Monday that in the last 24 hours, a total of 16,000 people were evacuated, with the U.S. military moving just under 11,000 people.

Pentagon spokesman John Kirby declined to specify exactly how many American citizens have been evacuated since Aug. 14, but said it was “several thousand.”

While some Afghan citizens who are already further along in the process to receive a special immigrant visa (SIV) are coming straight to the four aforementioned military installations in the U.S. — Taylor said roughly 1,300 people landed at Dulles International Airport in the last 24 hours — many more are first being taken to military installations elsewhere in the world. Vulnerable Afghans who are either not far enough along in the SIV process, or are going through a different visa process, are being taken to U.S. installations in Qatar, the United Arab Emirates, Kuwait, Bahrain, Spain, Italy, and Germany where U.S. officials will complete their screening and security checks.

Processing facilities in Bahrain, Qatar, and Germany will vet individuals across multiple government agencies and the National Counterterrorism Center, as well as biometric screening, a U.S. official familiar with the planning previously told Task & Purpose.

“We have intelligence and law enforcement personnel at these sites making sure a robust screening is done of these individuals,” Kirby explained on Monday. “So that nobody comes into the United States that hasn’t been screened in a robust manner.”

Everyone arriving in the U.S. is being tested for the novel coronavirus (COVID-19), Kirby added.

In total, the four military installations in the U.S. who are receiving evacuees are working to have the “ability to build out to about 25,000” people, Kirby said, which will likely “take days and weeks” before they are completed. Kirby also left the door open for other installations to potentially start receiving evacuees if Defense Secretary Lloyd Austin determines it’s necessary.

Thousands of evacuees have already arrived at Ramstein Air Base in Germany, and evacuation flights were temporarily paused last week after the processing station in Doha, Qatar, reached maximum capacity. Other evacuees are being temporarily housed at Naval Station Rota in Spain and Naval Air Station Sigonella in Sicily, according to Stars and Stripes.

“The people we’re helping are going to be joining our American family,” said Capt. Kevin Pickard, the NAS Sigonella commander, according to Stars and Stripes. “We’re proud to welcome them with open arms.”