Both U.S. and Afghan personnel were injured, but are expected to recover. 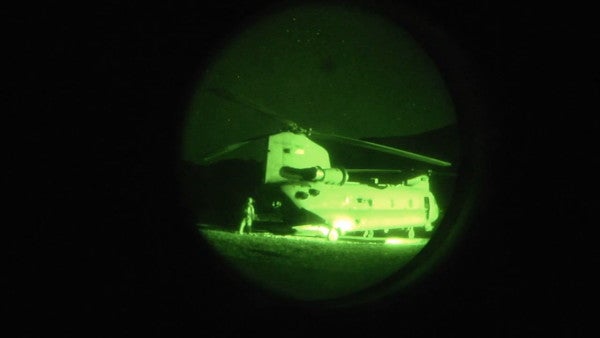 An Army CH-47 Chinook helicopter was “destroyed” in a “hard landing” in Afghanistan last week, defense officials confirmed to Task & Purpose, which sounds a whole lot like a crash, if you ask me.

“There was no hostile fire or enemy contact involved,” Army Lt. Ubon Mendie, spokesperson for Operation Resolute Support, told Task & Purpose. “Both Afghan and U.S personnel were injured but are all stable and expected to recover. The aircraft was destroyed during the incident.”

It doesn't appear that an official statement was ever released about the incident, which Mendie said is under investigation.

The crash was first reported by The Aviation Geek Club, which puts it on the night of May 24th. Army Col. David Butler said the helicopter “hit the ground hard on the way to drop passengers off” in Helmand province, Aviation Geek Club reports.

Butler did not immediately respond to request for comment from Task & Purpose, and Resolute Support did not respond to further inquiries for details of the incident.

Mendie had not responded by press time about the difference between a hard landing and a crash, but Fred Wellman, a retired Army officer and former OH-58 pilot, told Task & Purpose that “when you lose an entire aircraft and have several injuries, it's more than just a hard landing.”

SEE NEXT: Almost every US metric for the war in Afghanistan 'is now classified or nonexistent,' so obviously things are going swimmingly