The U.S. Army and Coast Guard have launched a search for an Army UH-60 Black Hawk helicopter that reportedly went... 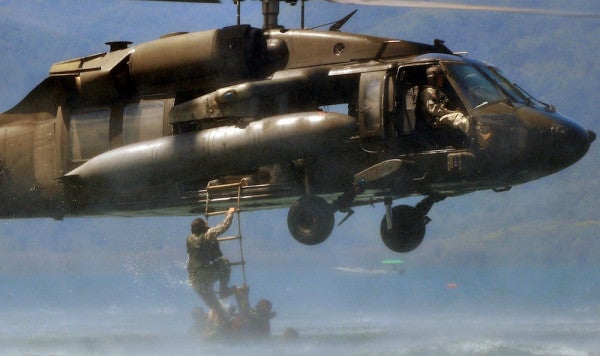 The U.S. Army and Coast Guard have launched a search for an Army UH-60 Black Hawk helicopter that reportedly went down in the evening of Aug. 15 near Kaena Point, Oahu, Hawaii, with five military personnel on board, the Coast Guard announced on Aug. 16.

Army personnel at Wheeler Army Airfield alerted watch officers at the Coast Guard Joint Rescue Command Center in Honolulu to a loss of communication with the aircraft just after 10 pm local time on Aug. 15. Two Black Hawk helicopters were conducting training missions in the area at the time.

The cause of the crash remains unclear.

The Black Hawk crash is the second this month, albeit under different circumstances. On Aug. 1, a HH-60 made a hard landing during operations near Achin in the eastern Nangarhar province of Afghanistan, injuring two U.S. military personnel. Although the Taliban initially attempted to claim responsibility for the crash, U.S. Central Command stated that the helo “suffered a mechanical issue.”

Both incidents came after a Department of Defense inspector general audit of HH-60 airframe and training evaluations found that Army Aviation and Missile Command officials “did not effectively manage airframe condition evaluations,” warning that due to a lack of airframe assessments and safety standards, many Army pilots are likely piloting aircraft “with unidentified structural defects.”

The Army and Coast Guard did not immediately respond to inquires from Task & Purpose.