On Aug. 20, the Army released the names of the five soldiers who went missing Aug. 15 in the waters... 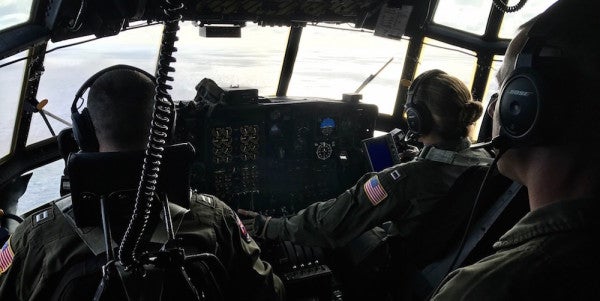 On Aug. 20, the Army released the names of the five soldiers who went missing Aug. 15 in the waters near Oahu, Hawaii, when their UH-60 Black Hawk crashed.

After six days of searching, the Coast Guard suspended its search for the crew on Aug. 21, moving from actively searching for members of the crew to recovering debris from the crash, reported local news station KHON 2.

“It is a difficult decision for all of us, and for the families most of all,” Maj. Gen. Christopher Cavoli, commanding general of the 25th Infantry Division, told reporters in press briefing. “I know that all the responders helping in this rescue effort join me and the rest of this division in offering the families of the missing soldiers our deepest condolences and sympathies. They have been and will constantly remain in our thoughts and prayers during this trying time.”

The Black Hawk was one of two aircraft from the 25th Infantry Division’s Combat Aviation Brigade performing a routine training mission the night it went down.

The Coast Guard’s search initially spanned five miles from Kaena Point, off northwest Oahu, but was expanded when officials realized how strong the area’s currents were.

“Looking at available information and the Coast Guard’s resident knowledge having conducted these searches before, it was determined that active search-and-rescue operations would no longer likely be able to locate the crew in the manner of which we were searching,” Lt. Col. Curt Kellogg, 25th Infantry Division spokesman, told reporters.

KHON reported that there is a still a five-mile safety zone near the crash zone, and that local residents should not touch debris from the helicopter as it can be dangerous.