Army Announces Plans To Add Thousands Of Soldiers To Its Ranks

On June 15, the U.S. Army announced that it will maintain an end strength of just over a million soldiers... 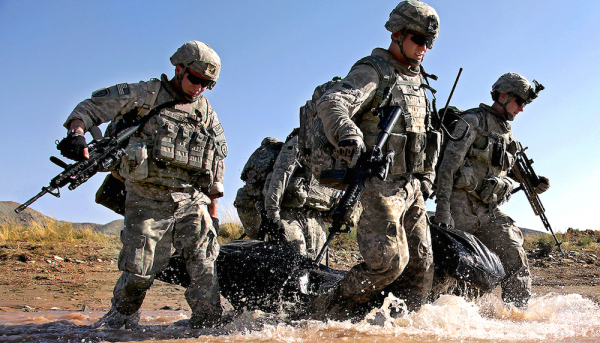 On June 15, the U.S. Army announced that it will maintain an end strength of just over a million soldiers despite previous plans to reduce troop numbers to 980,000 by fiscal year 2018.

“The end strength increase will augment deploying units, and units on high readiness status, with additional soldiers to increase Army readiness and enable us to continue to protect the nation,” Brig. Gen. Brian J. Mennes, director of the Force Management Division, said in a statement.

With tensions escalating in areas like the Middle East, East Asia, and North Africa, the Army’s need to retain and recruit more soldiers has become more pressing than in previous years. By then end of 2018, the Army wants to maintain a fighting force of 476,000 active duty soldiers, 343,000 soldiers in the National Guard, and 199,000 Reserve soldiers.

What’s more, units that were previously slated to be cut like the 4th Infantry Brigade Combat Team; 25th Infantry Division at Joint Base Elmendorf-Richardson, the 18th Military Police Brigade Headquarters in Europe, the 206th Military Intelligence Battalion at Fort Hood, Texas, the 61st Maintenance Company, and a combat aviation brigade in South Korea, will continue to be operational under the FY18 budget request.

“These force structure gains facilitated by the FY17 end strength increase have begun, but some will take several years to achieve full operational capability,” Mennes said. “Implementation of these decisions, without sacrificing readiness or modernization, is dependent upon receiving future appropriations commensurate with the authorized end strength.”

The Army’s push to fill its ranks may also mean better incentives for soldiers to consider reenlistment. As the branch scrambles to increase troop levels, it plans to increase its bonus budget request for fiscal year 2018 threefold to more than $380 million, according to the Associated Press. In addition, the Pentagon wants to remove eligibility limits on the dollar-for-dollar contributions made to senior enlisted troops’ 401(k) accounts under the new “blended retirement system” to encourage retention across all service branches.

“The top line message is that the Army is hiring,” Maj. Gen. Jason Evans, who recently became the service’s head of Human Resources Command, told the AP.

Regardless of how it manages to grow, enemies should brace themselves for the million-man machine that the Army will soon become.