No, The Army Isn’t Making All Its Soldiers Take The New Combat Readiness Test — Yet 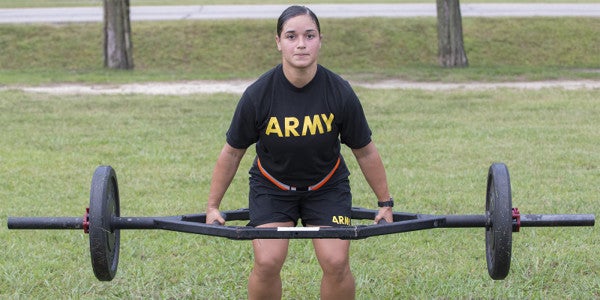 After Task & Purpose published a brief report Oct. 23 on the Army’s proposed PFT replacement, the six-event “Combat Readiness Test,” we heard from some soldiers who’d heard from some other soldiers that an Army-wide CRT was already a done deal. Their command leaders were already talking about how to prepare their troops for the strenuous test.

They shared with us an undated Army manual on the test, complete with scoring scales for each of the events, and some other tantalizing details.

“All components of Soldiers will take two (2) diagnostic ACRT tests during Fiscal Year (FY) 2018,” the manual said, adding that the 12-month period would give Army personnel time to adapt to the test, which would then become a permanent fixture of Army life. “The ACRT will become on 1 October 2018 and will replace the APFT,” it said.

There was only one problem: That guidance is all wrong.

That’s according to Lt. Col. Jeff Pray, the public affairs officer for U.S. Army Center For Initial Military Training (IMT), which is testing the ACRT as part of a comprehensive “holistic health and fitness program” for soldiers.

Pray’s message: The ACRT is not a done deal, it’s one of several possible soldier fitness tests on the table, and Army leadership has not signed off on its implementation yet. So if you see a doc floating around that says otherwise, disregard it. The actual timeline for a possible PFT replacement is more deliberate and less certain.

In fact, Pray says, key Army leaders may not weigh in on the test until sometime next year. “We’re going to have recommendations as far as how we believe it’s going to be implemented,” he told Task & Purpose Oct. 25. “Any sort of implementation is probably going to take a couple of years or so.”

So where did this CRT manual come from, and how did soldiers get a hold of it? “That was just a forecast,” Pray says, for internal use only, so IMT’s scientists and researchers could wargame the test and its possible implementation. “We needed initial kind of guidelines to go off of,” he said. A hypothetical guidance like that helps the testing team focus “so if we do get an implementation order, we’re ready to go.”

Pray added that “it wouldn’t be smart for anyone to use this” document externally: “A lot of factors have to be worked into it.”

But the internal draft got out, as these things often do, and some soldiers who saw its language thought it was a new, all-hands gospel truth. T&P; is including a copy of that out-of-date report below, only for reference, so soldiers can recognize it if they see it in the wild:

Meanwhile, the truth — as it usually is in the military — is a little more workmanlike. Army Force Command is still testing out another potential six-event fitness exam, the Soldier Readiness Test, and IMT’s Combat Readiness Test is running alongside that right now. “We’re looking at possibly another [CRT] pilot test next year, as well,” Pray says, to “continue to refine that concept.”

An eventual Army PFT replacement “could be a mixture of what we have and what some other people are testing,” he said.

But the Army seems to have already reached a broad consensus that the existing PFT needs to be replaced with a test that more closely gauges soldiers’ physical fitness for common combat-related tasks.

In that spirit, Pray says that if soldiers want to use the outmoded guidance — and the buzz around the Combat Readiness Test — to get their fitness on, they should, by all means. “They could of course start training for the individual events,” he said. “They build the type of muscles that combat-related tasks can require.”