The Pentagon identified the seven airmen killed when their HH-60 Pave Hawk helicopter crashed in western Iraq, near the Syrian... 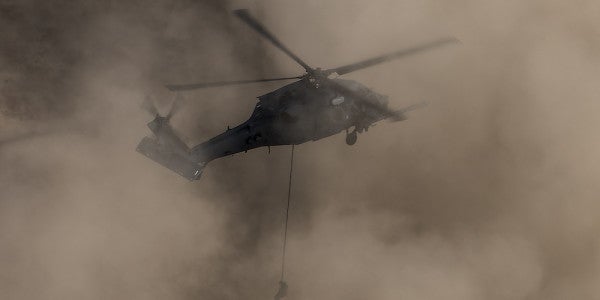 The Pentagon identified the seven airmen killed when their HH-60 Pave Hawk helicopter crashed in western Iraq, near the Syrian border.

“It is with heavy heart I share words the USAFCENT family lost seven brave Airmen in a crash in Iraq March 15,” Lt. Gen Jeff Harrigian, the commander of U.S. Air Forces Central Command, said in a statement posted on Twitter. “My thoughts are with the family & loved ones of our fallen.”

Capt. Mark K. Weber, 29, was assigned to the 38th Rescue Squadron at Moody Air Force Base.

Related: 2 FDNY Firefighters Were Killed In The Helicopter Crash In Iraq »

The cause of the crash is under investigation, the DoD release said.

Air Force Chief of Staff Gen. David Goldfein, who was retrieved by pararescue airmen after being shot down over Serbia in 1999, expressed his condolences in a series of tweets on Saturday.

“The motto of the rescue community is, ‘these things we do that others may live.’ I am alive today and serving as CSAF because of them. “Our hearts go out to the families and squadron teammates of our fallen. These things they did…”