The Taliban wiped out dozens of Afghanistan’s most elite commandos 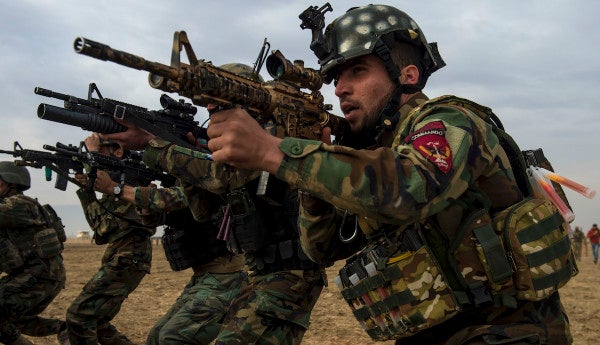 An Afghan regional governor said 25 members of the country's elite commando units have been killed in fighting with the Taliban.

The incident, which occurred on July 15 in the northern province of Badghis, is the latest in which specially trained Afghan military units have suffered unusually high death tolls.

In comments to RFE/RL, Badghis Governor Abdul Ghaffar Malakzai blamed a lack of coordination as the main reason for the deaths of the commandos. He did not elaborate.

He also said that more than 20 Taliban militants were killed in the clashes.

Qari Yousuf Ahmadi, a Taliban spokesman, said that at least 39 commandos were killed. He said that the militants also captured 16 soldiers.

Badghis, located along the border with Turkmenistan, has been the scene of frequent Taliban attacks.

The fighting comes as the Afghan army continues to suffer from high casualties and desertion rates as it struggles to fend off the Taliban.

Trained by U.S. forces, the elite commando units are the army's best fighters but number only around 20,000 and are overstretched. The United States has spent millions of dollars training and equipping the units over many years.

In November 2018, a 50-member commando unit was almost entirely wiped out during clashes with the Taliban in the southeastern province of Ghazni. In August, another unit was completely eliminated in fighting in the same province.