The Taliban captured 150 Afghan soldiers after they tried to flee into neighboring Turkmenistan but were forced back. 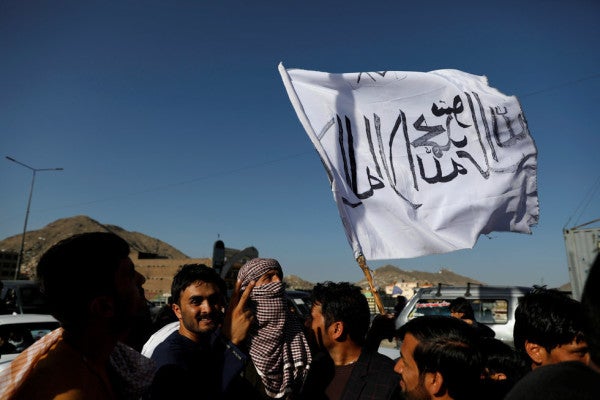 The Taliban captured 150 Afghan soldiers after they tried fleeing into neighboring Turkmenistan and were forced back, The New York Times reported on Sunday.

In Bala Murghab, in the northwestern province of Badghis, more than 100 Afghan soldiers abandoned their posts amid a weeklong battle with the Taliban, according to Radio Free Europe/Radio Liberty. About 50 Afghans surrendered, while the rest continued into nearby Turkmenistan, though they were forced “back into Taliban hands” by the end of the day, according to The Times.

The capture of a large number of Afghan soldiers came at the same time as Taliban forces mounted attacks against forces in Faryab, another northern province. And earlier this week, the Taliban attacked an Afghan outpost in Bala Murghab, where they killed or captured an entire company of more than 50 soldiers.

The Taliban launched the assault late on Saturday against checkpoints manned by police and pro-government forces in Qaisar district, setting off a fierce gun battle that lasted into Sunday morning said Mohammad Tahir Rahmani, the head of the provincial council in the northern Faryab province.

The army sent in reinforcements, who were among those killed. Rahmani said another 20 Afghan forces were wounded in the attack.

The Taliban posted photos of what it claimed were captured soldiers to its Twitter account on Sunday, though the pictures could not be immediately verified.

According to The Times, this is the “biggest known capture” of Afghan soldiers in the war. The Taliban has now captured a total of 190 soldiers in the district over the past week. A spokesman for Bagdhis' provincial governor said another 16 were killed and 20 wounded over the same period.

Badghis provincial council member Abdullah Afzali told Reuters the district was at risk of falling completely under Taliban control unless reinforcements and air support is called in.