The Army will take Maj. Matthew Golsteyn's case to trial by court-martial at a date not yet determined, according to a release from U.S. Army Special Operations Command. 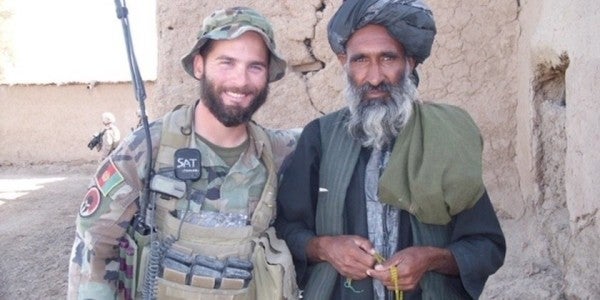 The Army will take Maj. Matthew Golsteyn's case to trial by court-martial on charges of premeditated murder at a date not yet determined, according to a release from U.S. Army Special Operations Command.

The commanding general referred the case to General Court-Martial on May 15, the release said.

That Golsteyn is finally going to trial shows that there is finally some end in sight for a case that has dragged on for nearly a decade. Golsteyn, a decorated Special Forces officer, admitted during a CIA polygraph test in 2011 that he had killed an unarmed Afghan during a 2010 deployment, after a tribal leader said the man was a bomb-maker who had killed two Marines.

Since then, he's been on legal hold that has kept him from retiring from the Army. The Army revoked his Special Forces qualification and a Silver Star he earned during that deployment due to the investigation, according to Army Times.

Army Criminal Investigation Command initially did not find enough evidence to charge Golsteyn, but an investigation was re-opened after the Green Beret talked about the killing during an October 2016 interview with Fox News' Bret Baier.

That the killing occurred is not in dispute. The Army maintains the man — who was captured and subsequently released due to lack of evidence against him — was murdered by Golsteyn, who said in his CIA interview that he shot him and then buried the remains in a shallow grave. Later that night, Golsteyn and two other soldiers returned and dug up the remains so they could be burned, The Washington Post reported.

Golsteyn argues that he conducted a legal ambush of the man, who he said was walking toward Taliban positions.

It's not clear what other evidence the Army has against Golsteyn. A CIA polygraph test is inadmissible in court, and other service members who were potential witnesses had previously refused to testify even after being offered immunity, the Post reported.

Golsteyn's civilian attorney, Philip Stackhouse, did not immediately respond to a request for comment from Task & Purpose. But in a statement Golsteyn gave to Task & Purpose in November, he said, “This vindictive abuse of power must know no limit. My hope is that Army leadership will stop this vindictive plan and effect the retirement that is pending.”