Golsteyn has repeatedly admitted to killing an Afghan identified as "Rasoul" on Feb. 22, 2010 near Marjah. He claims the killing was legal. 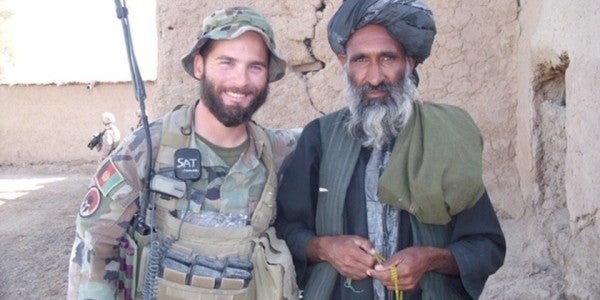 Former Army Special Forces Maj. Matthew Golsteyn will plead not guilty to a charge of murder for allegedly shooting an unarmed Afghan man whom a tribal leader had identified as a Taliban bomb maker, his attorney said.

No date has been set for his trial yet, said Lt. Col. Loren Bymer, a spokesman for U.S. Army Special Operations Command.

Golsteyn has repeatedly admitted to killing an Afghan identified as “Rasoul” in his charge sheet on Feb. 22, 2010 near Marjah.

A tribal leader had told Golsteyn that Rasoul had built a bomb that had killed two Marines. When Rasoul was released due to lack of evidence against him, Golsteyn was worried that he would kill the tribal leader who had pointed him out.

Golsteyn later claimed he legally ambushed Rasoul, who was walking back toward Taliban positions. The Army charged Golsteyn with murder in December.

The case took an unexpected turn in May when the lead investigator pleaded guilty to making false official statements for wearing unauthorized decorations, including the Purple Heart. Army Sgt. 1st Class Mark Delacruz was reduced in rank to specialist.

President Donald Trump has tweeted his support of Golsteyn, whom he called a “U.S. military hero.” The president is reportedly considering pardoning him.