Nearly a decade after he allegedly murdered an unarmed Afghan civilian during a 2010 deployment, the case of Army Maj. Matthew Golsteyn is finally going to trial 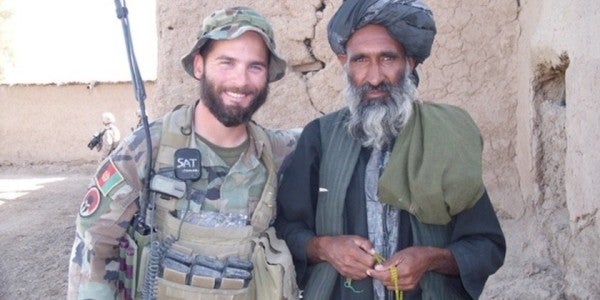 Nearly a decade after he allegedly murdered an unarmed Afghan civilian during a 2010 deployment, the case of Army Maj. Matthew Golsteyn is finally going to trial.

Golsteyn's court-martial on charges of premeditated murder will begin on Dec. 2 at Ft. Bragg in North Carolina, according to a Thursday news release from U.S. Army Special Operations Command.

In February 2010, Golsteyn allegedly executed an Afghan villager who an Afghan tribal leader had identified as bomb-maker who had killed two Marines earlier that month. According to the Washington Post, Golsteyn and two other soldiers later exhumed the victim's remains and burned them.

But while Army documents indicated that Golsteyn had admitted during a 2011 CIA polygraph test that he'd killed the man, it took eight years and two separate Army investigations to actually bring the decorated Special Forces officer to trial.

Following the 2011 polygraph, Army Criminal Investigative Command opened an investigation into Golsteyn's alleged admission, which civilian lawyer Philip Stackhouse dismissed as a “fantasy,” per Army Times. The Army closed its investigation in 2013, and the polygraph only became public knowledge in 2015.

In December 2018, the Army officially charged Golsteyn with murder. But days later. President Donald Trump announced on Twitter that he planned on reviewing Golsteyn's case.

“At the request of many, I will be reviewing the case of a 'U.S. Military hero,' Major Matt Golsteyn, who is charged with murder,” Trump wrote. “He could face the death penalty from our own government after he admitted to killing a Terrorist bomb maker while overseas.”

Trump's announcement appeared to come in reaction to a segment by Fox & Friends host Pete Hegseth that asked whether the Army was “betraying Maj. Matthew Golsteyn.”

“A decorated war hero who fought for our country overseas, now a suspected war criminal,” Hegseth said in opening the segment. “Former Green Beret Maj. Matt Golsteyn could face the death penalty from our own government after he admitted to killing a Taliban bomb maker while overseas in 2010.”

Indeed, Golsteyn claimed during a February 2019 interview with Hegseth that he had “conducted an ambush” when he engaged the unarmed target.

“Over these years, what the Army – particularly this time, the United States Army Special Operations Command – seems to be intent on doing is characterizing an ambush as murder,” Golsteyn said. “What Army special operators and regular Army, like infantry soldiers, have done over the last 15 years, those routine combat actions are now being characterized as murder.”