Navy SEAL Lt. Jacob "Jake" Portier is the second SEAL to be charged in connection with the death of a wounded ISIS fighter. 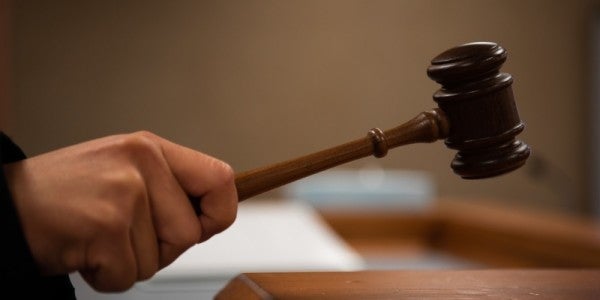 Navy SEAL Lt. Jacob “Jake” Portier will be arraigned Tuesday in San Diego for allegedly failing to report war crimes committed by a fellow SEAL and other related offenses.

Portier is the second SEAL to be charged in connection with the death of a wounded ISIS fighter in 2017 during the battle of Mosul. Chief Edward Gallagher is accused of killing the young man with a knife and then holding a reenlistment ceremony next to the fighter’s corpse.

The Navy SEAL officer is charged with dereliction of duty for allegedly failing to prevent Gallagher from wounding two non-combatants with a sniper rifle; failure to obey a lawful general order for not reporting an alleged war crime; obstruction of justice for allegedly destroying evidence; making false official statements for allegedly lying to his superior officers about Gallagher; and conduct unbecoming an officer for allegedly telling enlisted service members to pose for pictures with a human corpse.

Portier had also been accused of lying to cover up the death of the ISIS fighter, but a specification of misprision of a serious offense against him was dismissed.

At his Article 32 hearing in November, Portier’s attorney Jeremiah Sullivan argued that his client did in fact tell his chain of command what he knew about the allegations against Gallagher.

Sullivan told Task & Purpose that Portier is “a highly decorated combat veteran who served our country on the battlefield,” whom Sullivan looked forward to representing at trial.

WATCH NEXT: A Navy Seal Is Accused Of Committing War Crimes In Iraq