"Not a single one of us could have imagined that we would have to report a friend and mentor." 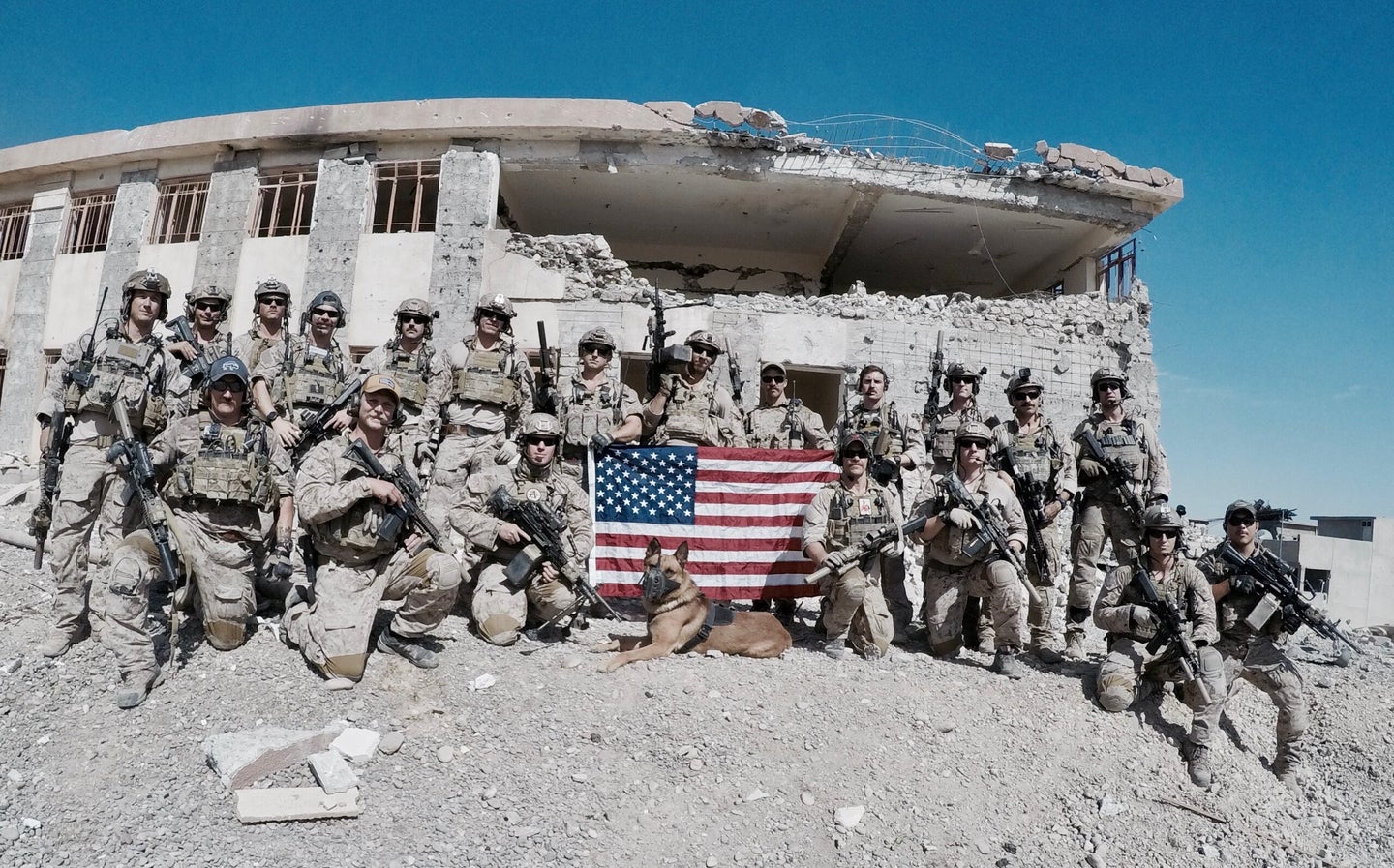 “Uncompromising integrity is my standard. My character and honor are steadfast. My word is my bond.” These words are from the SEAL Ethos and are ingrained into every single SEAL trainee. Our senior leaders created the ethos to address moral failures that were happening at home and overseas during the height of the wars in Iraq and Afghanistan. And as a SEAL who served in Alpha Platoon under the command of now-disgraced Chief Petty Officer Eddie Gallagher, those words are what helped push me to report my own chief for his horrific actions in Iraq.

Our deployment to Mosul in 2017 had the potential to be one of the most kinetic deployments in recent Naval Special Warfare history. ISIS had taken over large swaths of Iraq and Syria. They mercilessly murdered, raped, and pillaged minority communities throughout the region. Our Iraqi interpreters told us horrific stories of the acts that ISIS committed. Many of these stories involved our interpreters’ family members.

For us, this was an easy fight to get behind. A lot of remarkable things happened on that deployment. When our injured partners from the Iraqi Army flooded into our casualty collection point, our medics spent their free time saving their lives. When seemingly endless processions of women, children and elderly people were fleeing ISIS, we offered up what little MREs and water we had, and gave medical care when possible. When ISIS launched a counterattack on our partner force, it was our SEAL platoon working in sync — firing every single weapon in our arsenal from pistols to 500-pound bombs — that stopped the counter-attack during an eight-hour firefight. And when our EOD technician was shot on a rooftop, it was Medic Corey Scott who immediately treated him and formulated a plan to get him off the roof as Lt. Tom MacNeil called in a medical evacuation — in defiance of Lt. Jake Portier, our platoon leader, who ordered him not to do so because we were in a restricted area.

Yet few people heard about the lives saved, people liberated, or hope restored in Mosul. Instead, most only heard about Gallagher committing the same kinds of horrific acts as the people we were sent to fight. Although only convicted of taking a photograph with a murdered teenage prisoner, his charge sheet accused him of shooting civilians on multiple occasions, possessing a controlled substance, torturing and killing a prisoner, and obstructing justice. After repeatedly changing his story and denying that he killed the teenage prisoner at all, he finally conceded a half-truth on Apple TV’s “The Line” documentary: He admitted to killing the prisoner, just not in the manner that my teammates saw, or in the way that he told me and other SEALs.

Many people have asked why we didn’t report these crimes as soon as they happened and instead waited months to report them. This is a false narrative peddled by Gallagher and his supporters. The fact is that we reported these crimes to Portier, who said he would handle it. As it was supposedly “being handled,” we took matters into our own hands to attempt to stop our chief.

We aren’t lawyers. We didn’t focus on keeping evidence that would hold up in court. We were Navy SEALs fighting ISIS in a battle that has been called the most intense urban conflict since World War II. We focused on trying to stop our chief from killing civilians, and getting us killed, while still affecting the battlespace and playing within the bounds of our own military and cultural rules. Would we do something different if we could go back in time? Absolutely. We took our officers at their word when we repeatedly alerted them to these crimes. Sometimes Lt. Portier would make excuses for Gallagher, and sometimes he assured us that he had taken action against him. But we trusted Jake. He told us there was a process to report these crimes and he had already notified our troop commander, Lt. Cmdr. Rob Breisch, while we were still in Iraq. As far as we knew, the ball was in their court and our officers would do the right thing.

Not a single one of us could have imagined that we would have to report a friend and mentor for war crimes. We know that mistakes and accidents happen on deployment and innocent people always die in war. But Gallagher’s repeated actions and comments proved to us that his actions were not accidents. We had given him the benefit of the doubt for a long time, but all that did was enable him.

Many have asked, “How could you turn in a brother?” Let me clarify something: Gallagher was our Chief. He made the tactical decisions and we carried them out. Gallagher repeatedly sent us to positions where SEALs and our Iraqi partner forces were wounded or killed by small arms and rockets. These weren’t SEAL tactics. These were part of Gallagher’s effort to get a SEAL injured or killed so that we would, in his words, “make it a great deployment.” In the end, Gallagher showed us he wasn’t our brother. Real brothers don’t needlessly put their men at risk. Real brothers don’t chase medals. And they certainly don’t murder unarmed prisoners or terrorize civilian populations.

My brothers are barrel-chested freedom fighters that go to the ends of the earth to carry out our nation’s foreign policy, fighting our nation’s enemies and liberating populations of people along the way. We act on the information that we have on hand. It is not always pretty, but just like first responders, that is the nature of our work. We do our best but can’t control the outcome. At no time is loyalty to each other put over loyalty to the country and mission. We should all know who we are fighting, why we are fighting, and the rules that we have to abide by. We raise each other up and create a culture of constant improvement and accountability. This is the reason that other countries call us to solve their problems. They trust us with the lives of their people because of the standards to which we hold each other.

As much as some fringe creatures want to argue about our rules of engagement, ROE’s were not the problem on this deployment. The problem was one man’s insecurities, greed, and addiction.

We had been through a lot, and seven of the 22 members of Alpha Platoon decided that it was more important to be able to look our kids in the eye and teach them between right and wrong than to be popular in misguided social circles. It was as simple as the banner that hung on my seventh-grade teacher’s desk: “The right choice isn’t always popular, and the popular choice isn’t always right.” My only regret is not doing more.