A small police call of the property may be required 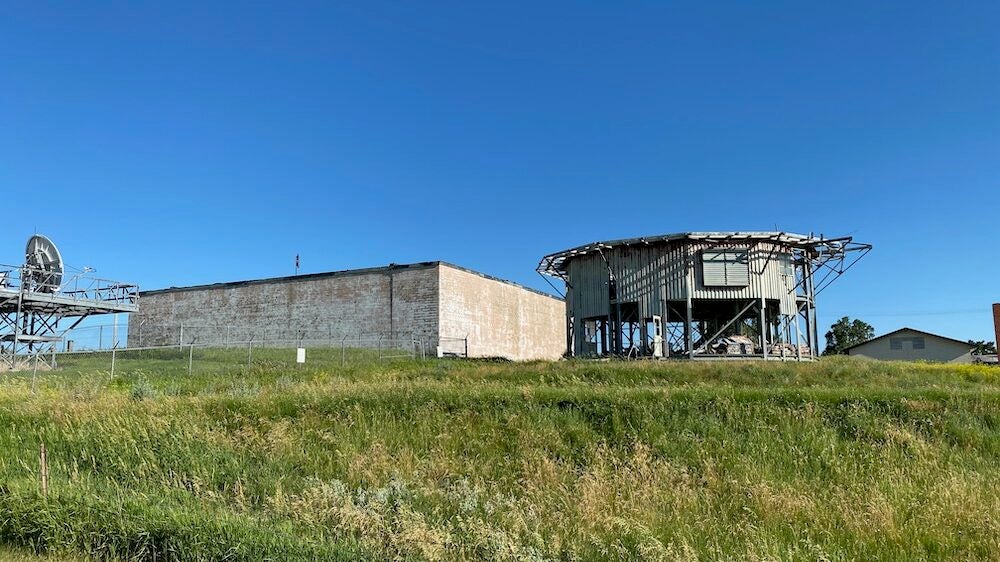 For anyone missing the creature comforts of living on post, and looking to put their home repair skills to good use, have you considered putting in a bid on the former Gettysburg Air Force Station?

The 42-acre property outside of Gettysburg, South Dakota, complete with 50 bedrooms and 15 baths, is being listed for sale by owner Lev Goukassian, a retired businessman from California, on Facebook marketplace for $4.5 million. While first sergeants would be horrified at the unmowed grass and unpainted rocks, the land still contains a former barracks, operations center and mess hall, among other buildings, some of them connected by an underground tunnel.

In the listing, Goukassian featured various photos from the property, which he marked on Facebook as being “unfurnished.” The buildings are largely empty, with just the barest remains of a military presence and whatever scrap and ephemera has accumulated in the more than 50 years since the base was decommissioned. But Goukassian did say that they are structurally sound.

Gettysburg Air Force Station was active from 1956 to 1958, one of 28 radar stations designed to guide interceptor aircraft towards enemy aircraft. This was at the height of the Cold War, when the U.S. operated hundreds of radar stations and missile defense centers around the country and abroad designed to provide some measure of early warning in case of a nuclear conflict.

While mostly decommissioned, many of these properties are still used by civilian agencies for their original purpose. Indeed, any potential buyers for the Gettysburg Air Force Station would become neighbors with a Federal Aviation Administration radar site that is still operated on one acre of the former base.

The vast Cold War footprint of the military has also left its mark elsewhere. Decommissioned Intercontinental Ballistic Missile silos, which dot many parts of the country, have been converted into bizarre houses and condominiums. Many coastal cities still contain the remnants of old artillery fortifications, and abroad, there are the more than 170,000 concrete bunkers that dot the small European nation of Albania.

Goukassian said that he is not sure if he wants to sell the property immediately, but if you are interested in recreating garrison life, better start saving now.