Investigation Reveals Squadron Superintendent Threatened To Choke Out His Staff

A commander-directed investigation that began in April of last year substantiated claims of a hostile work environment at the Air... 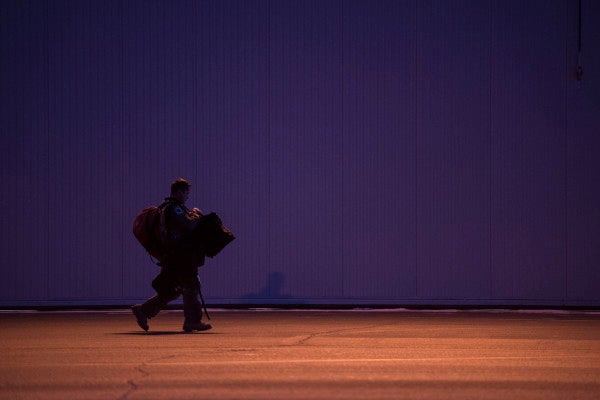 A commander-directed investigation that began in April of last year substantiated claims of a hostile work environment at the Air Force’s 337th Recruiting Squadron at Shaw Air Force Base, South Carolina. The report indicates that Senior Master Sgt. Kenneth Adamczyk — who is now retired — “created a hostile work environment” for those under his charge, by engaging in “inappropriate and abusive behavior.”

The behavior detailed in the report includes threats of throat punching and Adamczyk’s warnings that he would choke out those who made mistakes, reports Stephen Losey of the Military Times. Anyone in practically any branch of the military is familiar with comments and behavior like this, but it does beg the question: Should grown men and women in uniform really have to resort or be subjected to the kinds of antics normally reserved for schoolyard bullies?